Sir Michael Morpurgo is the award-winning author of over 120 books for children, including War Horse, which has been adapted into a phenomenally successful stage show and film. 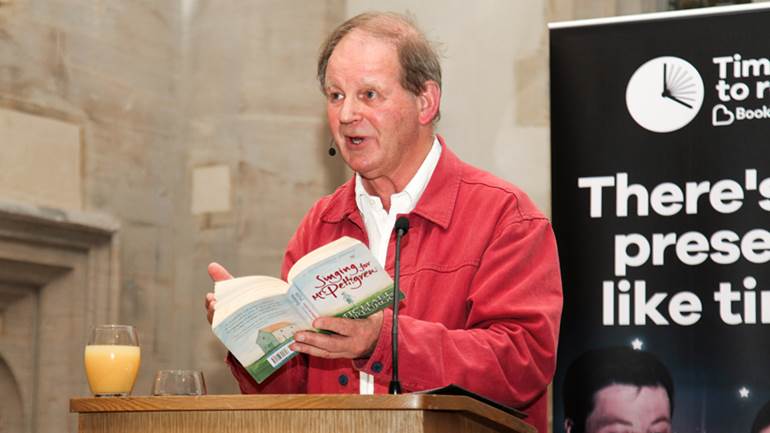 Among his many accolades, he has won the Smarties Prize, The Writers Guild Award and the Blue Peter Book Award. From 2003-2005 he was the Children's Laureate, and in 2005 he was named the Booksellers Association Author of the Year. Along with his wife Clare, he founded the charity Farms for City Children (FFCC), which offers young children from urban areas the chance to spend time working on farms in the heart of the countryside. Over 75,000 children have taken part in FFCC.

The former Children's Laureate has been a key figure in children's literature for many years and speaks with great passion about the joy of books and storytelling for young people.

Previous BookTrust Presidents include the 2007 Nobel Prize-winner, Doris Lessing, and former Poet Laureate John Masefield, who was the first person to be appointed to the role back in 1938.

"BookTrust is batting for literature in all its forms. The organisation is particularly meaningful for me: my late stepfather, Jack Morpurgo, was Director of the National Book League, from which BookTrust grew. What BookTrust continues to do is to not simply promote reading, but to enthuse teachers, parents and children with the joy and wonder that can be found in books. To be invited to join them as their president is an honour, and I hope I can make a significant contribution."

Find out about our programmes

Learn more about our range of projects and campaigns, designed to help people of all ages and backgrounds enjoy reading and writing.

A letter from lockdown, by Michael Morpurgo

"Who needs swords when we have books?"