Song For a Whale: the story of a Deaf girl and a whale both searching for connection

Lynne Kelly, author of Song for a Whale, talks about how her new children's book brings together the tale of an unusual whale and her day job as a sign language interpreter. 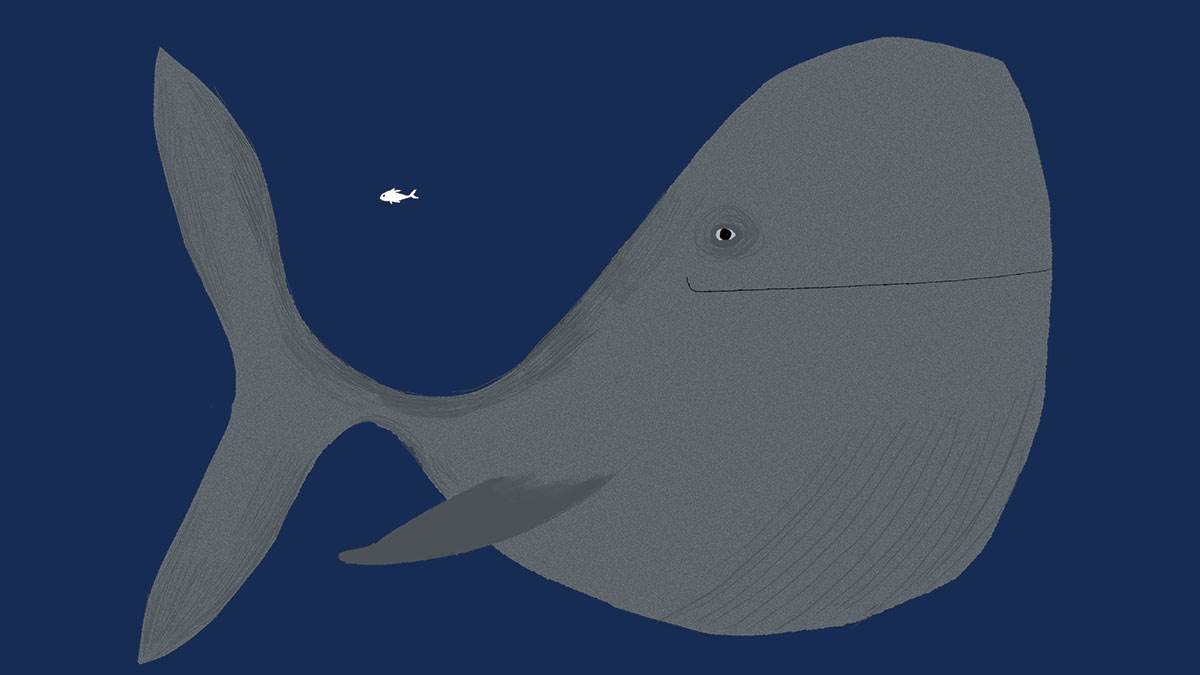 Illustration of a whale by Nadia Shireen

This story came to be because of one unusual whale. In 2015, I learned about the 52 hertz whale, also known as “52 Blue,” who sings at a frequency unlike other whales. While most baleen whales communicate at a frequency of around ten to 20 hertz, this whale’s song is at around 52 hertz. That’s a tuba-like frequency for us humans, but it’s a high one for whales.

52 Blue has been singing this unusual song off the US Pacific coast at least since the late 1980s. I was fascinated, and had to find out more. What was life like for an animal who couldn’t talk to others? It’s an impossible question to answer, but one I wanted to explore. I read everything I could find about this whale, and soon started jotting down notes that led to story scenes.

Iris: the only Deaf student at school

So the beginnings of this new story were unfolding, but I needed a character – one who’d be compelled to track down this whale. Then it hit me. I work with people every day who are surrounded by people who don’t share their language. I’ve been a sign language interpreter for over 25 years, and some of my first interpreting jobs were in public school classrooms. My work still takes me there occasionally, and I’ve been able to work with some smart and funny kids. And I’ve seen the frustrations they experience because of communication barriers and the isolation that comes with being one of only a few Deaf people around.

I came up with the character of Iris, who’s the only Deaf student at her school. When she learns about the whale known as Blue 55 (based on the 52 hertz whale), she feels an immediate connection to him. Iris hatches a plan to let the lonely whale know that someone does hear his song.

As writers, we seek to connect to readers universally through a character’s specific journey. Though Song For a Whale is a story of one girl and a whale searching for connection, I think everyone can relate to that need to belong somewhere.

At my hometown book launch, a reader asked me to sign her copy of Song For a Whale on the dedication page instead of on the title page as usual. She pointed to the dedication, ‘To everyone who’s ever felt alone”, and said, 'I feel like that.' I hope that she and many other readers will find a connection to Iris and her quest to find her place.

But what about that whale – is he really lonely? That’s another impossible question to answer, and one Iris has to ask herself. Would he really want someone to find him, or are we the ones who need to reach out? Maybe it doesn’t matter to the whale that no other whale answers his calls. I like to think he’s perfectly content swimming along his own path, singing a song that’s his alone.

Check out these other children's books that explore deafness

And now... A few fun facts about sign language!

Here are some BSL resources to check out:

And some of my ASL favourites:

See these recommended books that touch on deafness