Are you fascinated by monsters? Do you dream of solving crimes? Could you laugh in the face of danger? 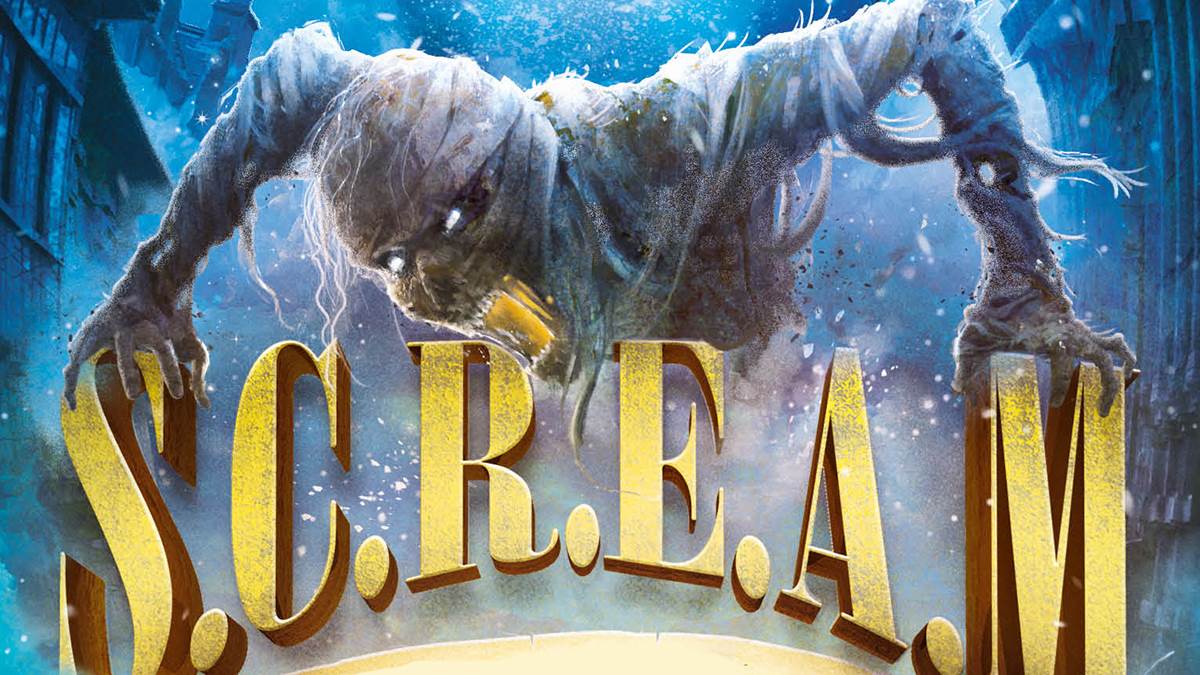 If you answered 'yes' to those questions, then we might have a lot in common.

I've always been drawn to scary stories and classic creatures, and I wanted to write a book which tackled some of them in a new and exciting way. However my first inspiration for The Mummy's Revenge came from real life, believe it or not.

In all of my writing I try to mix fact with fiction – I've discovered that real life can be stranger than anything I can imagine – and my starting point for this story was a genuine Victorian party invitation which I came across in my research. Nothing scary in an invitation, you might think. Except this party was a mummy unwrapping party!

I dug a little deeper and discovered that wealthy Victorians actually went through a phase of "Egyptomania", collecting as many Egyptians artefacts as they could to impress their friends. The real cherry on the cake (or should that be lid on the coffin?) was a genuine mummy. And yes, they really did have parties where they opened the sarcophagus to look at the body inside. Gruesome or what?

Anyway, I knew that I had to use a juicy detail like that, so that is exactly where my story begins... except at this mummy unwrapping party the mummy has its own ideas. I also knew that I wanted a story set in Edinburgh – such a gorgeous city with such a dark history. I read so much about Auld Reekie (you can work out what that means for yourselves!) that I could probably give you a guided tour. However, I kept coming back to a great local legend. Writing about supernatural crimes I thought it would be brilliant if one of the key witnesses was actually a ghost, and it turns out that the Last Drop Tavern is reported to be one of the most haunted pubs in the UK. Naturally I had to include a fascinating fact like that, and I think that the ghost I was inspired to create – Angry Annie – is probably one of my scariest creations.

Another huge influence on my writing is Doctor Who. I've always been fascinated by what happens when ordinary life (or history) as we know it, clashes with monstrous villains and creepy creatures. Ghosts and Charles Dickens; alien witches and Shakespeare; Daleks in World War 2 – awesome! I have tried hard to make sure my S.C.R.E.A.M. adventures capture some of that insane magic.

I especially love Doctor Who because of the character of the Doctor – never cruel or cowardly, and using brains over guns every time. The aliens, the monsters and the villains are defeated through cleverness, and I wanted to write a new duo of heroes who did just that. So enter Billy Flint and Charley Steel! I love the S.C.R.E.A.M. detectives, and really hope you will too, as one of the things which got me into reading in the first place was detective stories. I've probably read hundreds, but my all-time favourite detective is Sherlock Holmes. What I especially enjoy about Sherlock's cases is that they are so strange – no ordinary burglaries or commonplace murders. So I've tried to create an extraordinary mystery of my own, starting with an Egyptian Mummy rising from the dead to commit robberies and leading to...well, that would be telling.