Top children's illustrator and writer Sarah McIntyre was one of the judges of the Blue Peter Book Awards 2017: sifting through some brilliant books to find a shortlist of six. 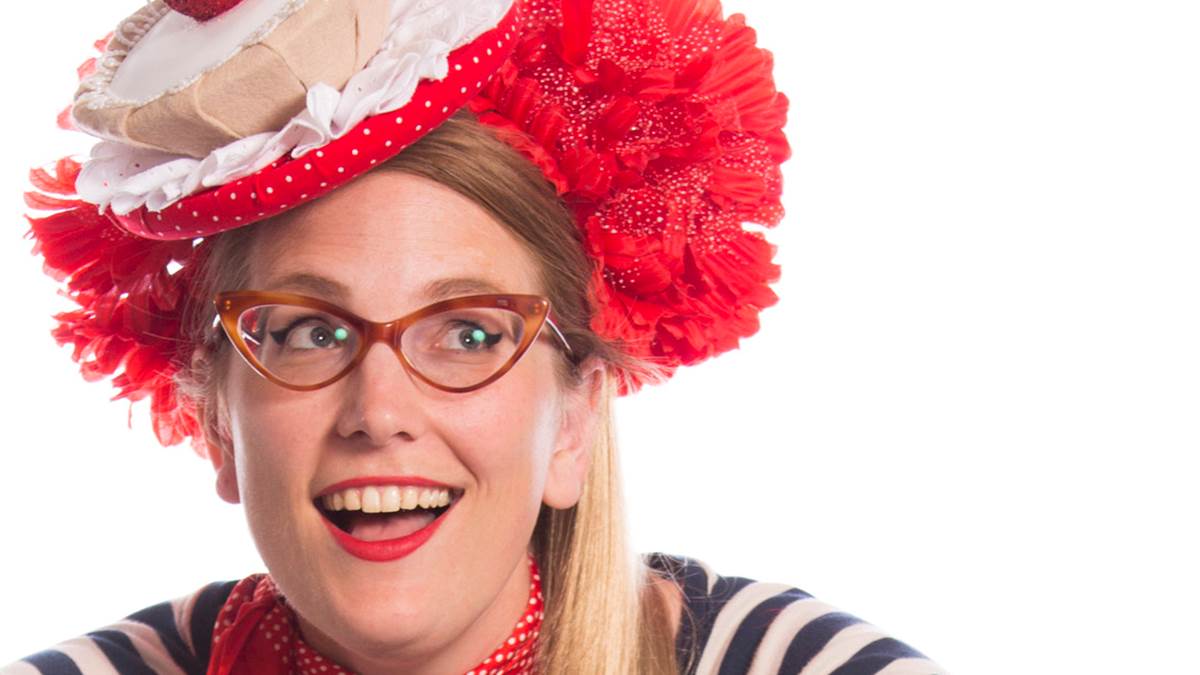 She gives us the lowdown on the ten things she learnt from the experience.

1. I'm going to sell my home and go live in Manchester Central Library.

It's the most amazing building and the Reading Room where we did the judging had this incredible domed ceiling. There's even a café, so I would never get hungry!

2. When you judge books under a vast domed ceiling, you are very tempted to make all sorts of popping, clapping and hooting noises to test the echo effects.

(This is all scientific research, you see, and fits well into the spirit of Blue Peter.)

3. Eccles cakes are the perfect food to sustain judges during the hard decision-making process.

4. The head of the excellent film crew, Tanuja East, is always on the lookout for Blue Peter badges that have flipped upside down.

This MUST NOT HAPPEN!

5. Apparently, on Blue Peter, guys wear their badges on the left side of their chests and gals on the right.

This is a historical thing. (Did I tell you we got BADGES?)

6. Sometimes you fall in love with a book and the other judges don't like it and it's a bit heart-wrenching.

There's a helpful sign in the loo for such situations: you just have to Let it Go.

7. Ewan Vinnicombe has a great way of keeping a very FAIR expression on his face when we're debating books.

And you know he has an opinion but he won't say anything, and makes us battle it out instead.

8. Fellow judges Nihal Arthanayake and Florentyna Martin are very convincing when they get passionate about their book choices.

A couple of times, their arguments surprised me and made me think about the books a bit differently.

9. But my fellow judges could be convinced, too!

I think I won a couple arguments: heh heh.

10. It's great when the television crew leave their gear lying around because when they're not looking, you can make it come ALIVE.

Illustrator and writer Sarah McIntyre is easy to spot in her pointy glasses and hats. She makes books with pictures in an old police station - complete with jail cells! Her books include the comic Vern and Lettuce, four books with Philip Reeve, including Pugs of the Frozen North and Jinks & O'Hare Funfair Repair, and her picture books include There's a Shark in the Bath and Dinosaur Police.

Give the gift of reading from just £3 a month

Open the magical world of books to children