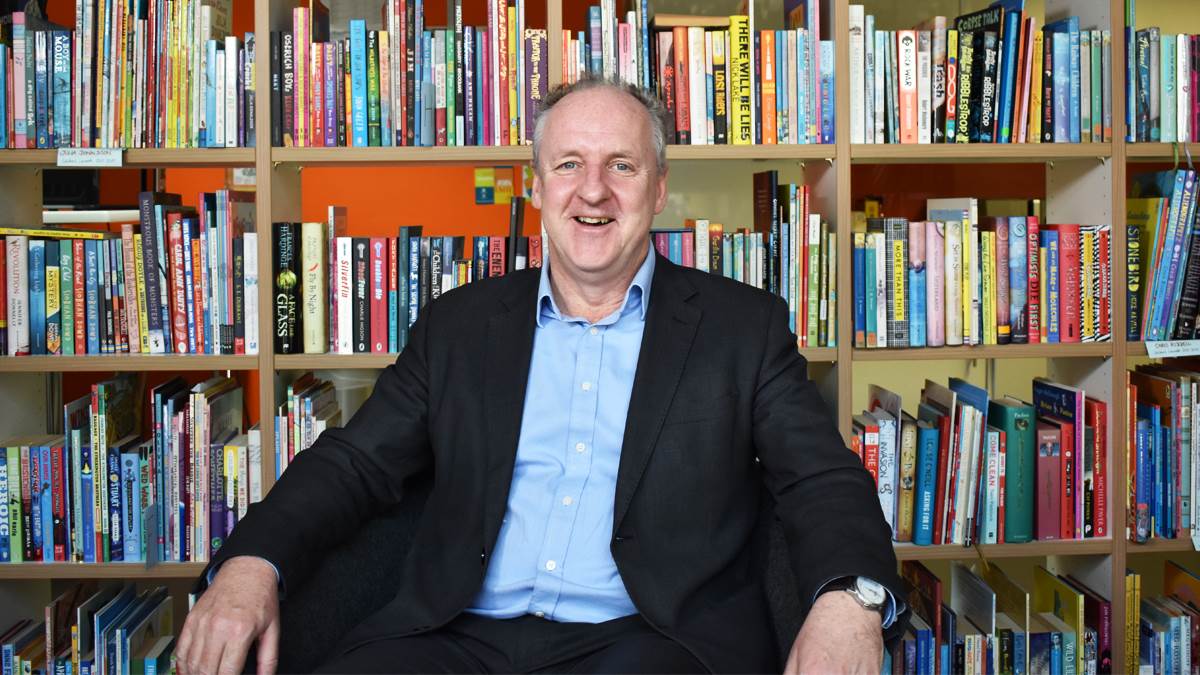 John was previously Chief Executive of Hampshire County Council and has many years experience leading children’s services and education across local government. As Director of Children’s Services for Hampshire County Council, he achieved a unique record nationally of three good and outstanding Ofsted judgments; he also led a schools system of 540 schools with an established reputation as a sustained and supportive local education authority with particular success in narrowing the gap for pre-school and primary children. John is a Past President of the Association of Directors of Children’s Services (ADCS). Radha Chakraborty is Creative Director at Development Media International, an NGO that focuses on improving child health and cognitive development through TV, radio and mobile campaigns. She oversees DMI’s creative content in London and across 14 countries in Sub Saharan Africa. Radha is the producer and writer of a number of award-winning feature films, commercials and short films. After a mathematics degree at Imperial College Radha qualified as a Chartered Accountant and Chartered Tax Advisor at PwC and worked at Shell before becoming a partner at Towers Perrin (now Willis Towers Watson), where she led one of their GB lines of business. She was also Operations Director at Comic Relief. Radha is married with one child. In her spare time she enjoys reading with her son, yoga and scriptwriting.

Gautam is a chartered accountant and a former senior audit partner at KPMG London. He was formerly a non-executive director of Barts and The London NHS Trust from September 2010 to March 2012. From 2000 to 2003 he was chairman and chief executive of KPMG's practice in India, which he helped to establish. Gautam is a director of Camellia plc and Moxico Resources plc. He is a member of the finance and audit committees of the National Gallery, having previously been a trustee and chair of these committees. He has also been a founder board member of the UK India business council and the international board of AMREF Health Africa, the chair of the audit committee of The Law Society, and a member of the Governing Body of the School of Oriental and African Studies. Gautam is also the Barts Health NHS Trust Board's vice-chairman and senior independent director.

Matthew is Director of Behaviour Change at NHS England and NHS Improvement. Matthew created and embedded NHS RightCare as a national improvement programme in England. He now leads on spreading the concepts of behaviour change, population healthcare improvement and optimal value in health.

Matthew is a Professor at Warwick Business School, with a focus on sustainable health systems, Honorary Professor of Population Healthcare Improvement at the University of Salford and was previously Professor of Business Processing and Knowledge Transfer at the Manchester Metropolitan University Business School. Matthew has held several director positions across local and national NHS bodies, including in Finance, Transformation and Improvement. He has written seven publications on sustainable healthcare improvement, finance and business process engineering. Harpal has more than 15 years of experience as legal advisor in the nonprofit, international development and financial sectors. She is currently advising the COVAX Facility at the Global Alliance for Vaccines. She was previously an Executive Director in J.P. Morgan's private banking legal team. Harpal holds a Masters in Law from Harvard Law School and is originally from Hong Kong. Harpal is married with two children, who love reading books. In her free time, Harpal enjoys reading, yoga and dancing and can speak six languages.

Hilary is CEO of Hachette Children's Group, a role she has held since 2014. She has significant experience in publishing, including in senior roles for children's publishers Egmont, Usborne and Scholastic Children's Books. Whilst at Scholastic, as Managing Director, they were awarded the Bookseller Children's Publisher of the Year. Hilary chaired the Children's Group of the Publishers' Association between 2018- 2021 and has been a school governor. In her spare time, she enjoys music, contemporary fiction and travelling.

Download the press release about Hilary becoming a BookTrust trustee Mike has more than 20 years experience building digital products and he is currently a non-executive board member at VidIQ. Mike started out as a programmer and systems administrator before co-founding an internet video company called Blip in 2005. He was previously Chief Technology Officer at Deliveroo, ran Ads Product at Facebook and, most recently, was Chief Product Officer at Monzo Bank. He used to live in San Francisco, New York City and Connecticut and now lives in the UK with his wife and two children. Anthony is a public health physician, academic, GP and author. Since 2019 Anthony has been working as Clinical Director (National Clinical Policy) at NHS England & Improvement. Prior to this, Anthony worked for a decade as Director of Global Public Health at Public Health England and National Director of Public Health Strategy, Director of R&D and Medical Director at the Health Protection Agency. In parallel, Anthony holds a university position as Honorary Professor at the London School of Hygiene & Tropical Medicine, where he co-established the International Programme for Ethics, Public Health and Human Rights, where has an active research portfolio and has written over 100 publications.

Anthony is a Trustee (non-executive) Director of a mental health charity, Innate Health, a Council member of the Royal National Lifeboat Institution (RNLI), and advises other charities working in global health and mental health. Anthony also writes children’s fiction with an approach threaded through his books to support psychological wellbeing and resilience for his readers.

Nigel spent 18 years with Carphone Warehouse Group until its merger with Dixons Retail in 2014. As a chartered accountant, he held a number of senior finance roles within the group, including as UK and then Group Finance Director before becoming Chief Financial Officer. He was also on the board of Virgin Mobile France. In addition, he was a non-executive director at TalkTalk Telecom Group plc from 2017 to 2021.

Nigel is a trustee for a number of charities, including the David Ross Education Trust, Renaissance Foundation and Ensemble Pour La Difference. He is also an investor in several social impact businesses. He has an MA in modern history from Oxford University. Nigel is married with one daughter and in his spare time enjoys reading, collecting records and cooking. June has more than 30 years hands on experience gained from within the Early Years, Social Services, Social Enterprise and Learning and Development sectors with specific skills in Business and Stakeholder Performance, Business Growth and Development. She has an excellent record of initiating and leading innovation and award-winning growth, not least creating the first Social Enterprise Childcare Group in the UK.

Vicki is Chief Partnership Officer at Nesta, the UK's innovation foundation. As part of the senior team Vicki builds partnerships across the UK to support Nesta's mission, including mobilising insights from behavioural insights and data science and innovative finance, to give all children "A Fairer Start" in life. She also oversees a £10m per annum portfolio of grant funding to support charities and social enterprises to bring new ideas to life, supports Nesta's inhouse commercial enterprises to scale and is exec lead for the foundation's work in Scotland and Wales.

Vicki has a particular passion for supporting public sector innovators and for all things neighbourliness and community - work that was recognised with an MBE in 2021 for services to social action. Outside of work Vicki enjoys cycling, teaching kids to sail and singing in a community choir.

Stephen is Professor of Child Health and Behaviour at the Institute of Psychiatry, Psychology and Neuroscience, King's College London. He works as a consultant psychiatrist specialising in two areas, conduct problems and adoption & fostering. He enjoys carrying out trials of parenting interventions to improve child outcomes in both the attachment and antisocial behaviour domains. He is an author of the bestselling introductory textbook, Child and Adolescent Psychiatry and an author and editor of the large, authoritative textbook, Rutter's Child and Adolescent Psychiatry. Stephen is a Fellow of the Academy of Medical Sciences, an Honorary fellow of the Royal College of Paediatrics and Child Health and is also a trustee of Place2Be.