It's Not Goodbye it's Au Revoir, Because Everything is Better in French

The fantastic graphic novelist Hannah Berry, who's work includes Adamtine and Brighten & Brulightly, became our seventh Writer in Residence back in 2012. In this blog Hannah bid farewell to her residency and spoke about her expereinences over those six months. 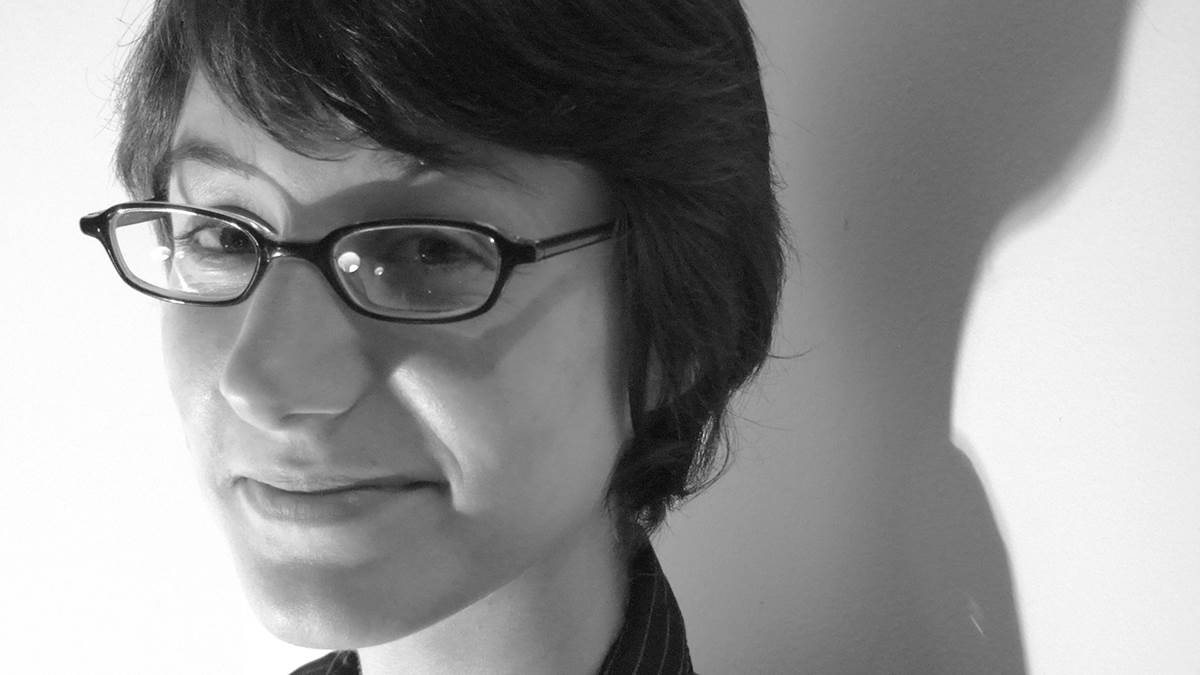 Is it six months already? Have I really reached the end of my Book Trust residency?

The long answer is this: I came to this post with a certain level of uncertainty having never blogged before. The only diary I've ever kept began and ended with the enlightening "Wore green trousers today. Wore green shirt too." I was unsure of the right tone to take, or the correct attitude to adopt, and I was extremely anxious about the challenge ahead.

I don't think I've written so much non-fiction every single week since I was at school, and even then it was mostly about the Romans or peristalsis in the alimentary canal (some of my best work).

I'm not sure at what point I started to trust in my own judgement, but somehow I seem to have reached a stage where I'm confident in what I'm doing, and so it seems like an appropriate time to gather up my things and head off into the sunset, to let someone else - exactly who will be revealed soon! - take up the reigns.

The short answer is 'Yes. Get out'.

Looking back over previous blog entries I've made some mental notes on things I need to say before I pass on the ol' book torch (which to be clear is a torch in the shape of a book, not a book that is on fire. Book Trust do not advocate the burning of books, which is wasteful and has faint anti-Semitic undertones.) So anyway, here we are:

First of all I want to apologise. In my very first post I wrote that I would be telling you all about the process of starting to write my next book - the difficult third book. I haven't written a single thing about that. To be honest, I've barely started writing the thing itself beyond filling the Word document I have marked 'ideas' with more and more, well, ideas. I'd honestly forgotten how much work goes into promoting a book, and that's largely what I've spent this year doing with Adamtine. Things look to be calming down a bit now, finally, but now is a little bit late. I'm sorry about that.

Even though I haven't sunk my teeth into Book Three yet, keeping this blog has been a fantastic exercise and a great way of keeping my hand in inbetween books - for any writer there can be no better exercise than actually writing. I once saw an episode of that programme where Kevin McCloud watches people build their funny houses, in which a guy decided he was going to build a special house so that he could write the novel he'd always wanted to write. And if that wasn't the stupidest thing I've ever heard I'll eat our cat, right here, right now. Sorry, Beans, but I need to make a point.

In the six months since I first used it, the word 'comivangelising' has not made it into the OED. Disappointing. But I hope that I have at least convinced a few of the previously unconvinced to try out a comic or graphic novel for size.

They're written for everyone, you know, and with such a vast array of comic-based narratives available there's no reason to resist their charms any longer. I've come across a few comments from the odd grizzly old literary elitist since the announcement of the Costa Awards shortlist recently, but it's quite clear that they've never actually read a graphic novel. Don't heed the man who tells you never to go to Japan if he's never been to Japan himself.

If you're teetering on the brink, may I suggest you beg, steal or borrow (or even buy) yourself a copy of award-winning graphic novel The Arrival by Shaun Tan? It's the prefect litmus test. It has no words at all, so you'll have to rely entirely on the pictures, but I think you'll be surprised at how satisfying and moving a read it is. Make yourself a cup of tea, put your feet up, and give it a try. Think of it as a very comfy science experiment.

One day - one glorious day - I hope that everyone will read comics and graphic novels without giving it a second thought. Because just as comics can be powerful or silly or gut-wrenching or subversive or fantastical or everyday, comics readers and creators are no one type of person. We are all ages and all races and all genders and all backgrounds; we are teachers and students, we are businessmen and unemployed, poets and scientists, cautious and careless, drunkards and puritans. We tell bum jokes at the bus stop and we stay up all night debating the virtues of Proust. We are an indefinable group, united only by the fact that we embrace the combination of words and pictures, sequentially ordered to give meaning.

I'm sure a lot of you are already involved with comics to be reading this, but if not and if your interest has been at all piqued, get on board: learn to read comics; learn to love comics; attend a course on writing comics; join in the comics community; talk to people about comics; push the boundaries of what comics can do; write comics that win awards. Join us in this literary phenomenon!

And with that I will say goodbye. Thank you so much to BookTrust for offering me this amazing role; for being supportive and trusting and not minding (out loud) that for some reason I've never been able to publish my own blogs (It's gremlins, I tell you! Gremlins!). And thank you to you, for taking the time to read my words. We've had some good times you and I, haven't we? I'll think of you every time I'm obliged to write interesting things. (In fact, inspired by this residency and the realisation that it's quite nice to be in touch with the world, I've just this week set up my own blog. So hopefully I'll be thinking of you quite often...)

...And get the lights on your way out, will you?