Cathryn Constable, author of The Wolf Princess, The White Tower and The Pearl in the Ice, writes about how children's fiction removes the 'mother' figure and what that might mean. 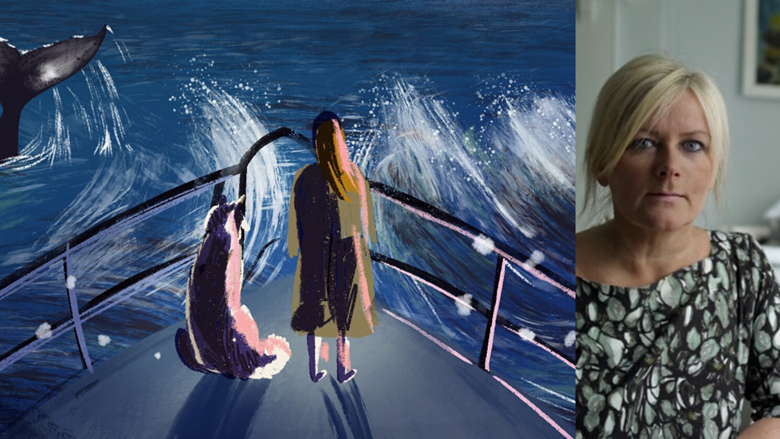 To be a mother in a fairy tale is to be dead before the story starts. A life is given in exchange for a child. If still alive by the second or third sentence, the mother is a disembodied voice that no-one heeds. ‘Get an early start before it becomes hot… don’t stray from the path… don’t go peeping into the corners of granny’s room.’

But there is one group of tales where the mother does not die at the beginning of the story when the longed-for child is born. Instead, she remains front and centre, although her continued presence is the matter the fairy-tale must resolve. Not about the sacrifice a mother makes when her child is born, but more about the ambiguity of motherhood and how much of her true nature a woman must give up when she enters the domestic sphere.

The tales of the selkie, told in in the coastal communities of Ireland, Scotland and Scandinavia, concern themselves not just with the usual magic and transformation of fairy tales, but with the nature of the double-edged bargain that a woman makes when she has a child.

They are tales I was intrigued by once I had my own children; before then, I hadn’t really understood the psychological accuracy of the story.

The tales share several features: a young man walking along the coast at night is struck by the beauty of a young woman dancing on the shore. He knows her to be a seal maiden who swims in the sea by day and comes onto the land at night, hiding her sealskin and assuming human form. He finds this enchanted cloak. Without her skin, the woman cannot go back into the water: she has no choice but to follow the man and live with him, cooking for him, and bearing his children.

And this is where the story gets interesting. We have no sense in the fairy tale that the newly human seal maiden is anything other than compliant. She doesn’t over-salt the porridge or smother her babies. But we seem to know that the person who is really benefitting from the arrangement is the man. His house is now swept clean, the fish gutted, the rabbits skinned. The children run and play about. There might even be love in this arrangement: the tale does not record the consequences of unhappiness. And this domestic success and the presence of children makes the situation more complicated because the seal maiden never stops yearning for her home beneath the sea. So when, after many years, she finds her sealskin, she has no choice in the matter: for her own survival, she must return to the water.

This idea of a woman being taken away from her true self by the cares and tasks of domesticity was something I couldn’t quite shake off.

I found that I wanted to explore why a mother would leave her child and how the child would be affected. And so in The Pearl In The Ice, we have Marina, a motherless child, who is puzzled by the memories she has of a woman who abandoned her when she was very small. No one can tell her where her mother went. Unhappy at being sent away to school, she stows away on her naval commander father’s boat and becomes involved in a mysterious mission to the far north. Only she can see a shadowy shape beneath the water or hear the anguished cries of a tortured creature beneath the sea.

When thinking about writing this piece, I was at first intrigued by the view that women’s voices are so often erased and they were simply not important enough to be utilised within these stories when there were princes and wizards to come to the heroine’s aid. But then I began to think that the magic of these stories is more subtle.

The reason we turn to fairy tales again and again is to experience a rich psychological landscape where the layers of the story correlate to the developmental stages of a child.

Framed in this way, we might understand that the loss of a mother is a moment of trauma, the moment that starts the child’s story. And fairy tales take that moment and turn it into an experience of life-altering transformation. And transformation, as we know, is also a profound sort of magic… when thinking about the selkie tale and how it became a loose template for my own story, I chose not to think that the mother was being silenced or written out of the story but that the loss of her and the sadness it brought to her daughter might just be the most transformative magic of all.

Read The Pearl in the Ice

The Pearl in the Ice

Marina can’t bear being sent to boarding school, so she stows away on her father’s ship instead. But her father has dangerous secrets. With evocative, powerful writing and a great sense of building suspense, this is an entrancing read.

Read more about The Pearl in the Ice

Lost on a school trip to Russia, Sophie and her friends are rescued by the beautiful Princess Anna Volonskaya, who whisks them away to her crumbling yet magnificent Winter Palace.

Read more about The Wolf Princess