Girl 38: Telling the story of the Polish experience in the Second World War

Author Ewa Jozefkowicz reflects on what happened to her Polish grandmother in wartime, and why there are episodes in history that we should all remember – including children. It's why she’s written Girl 38: Finding a Friend... 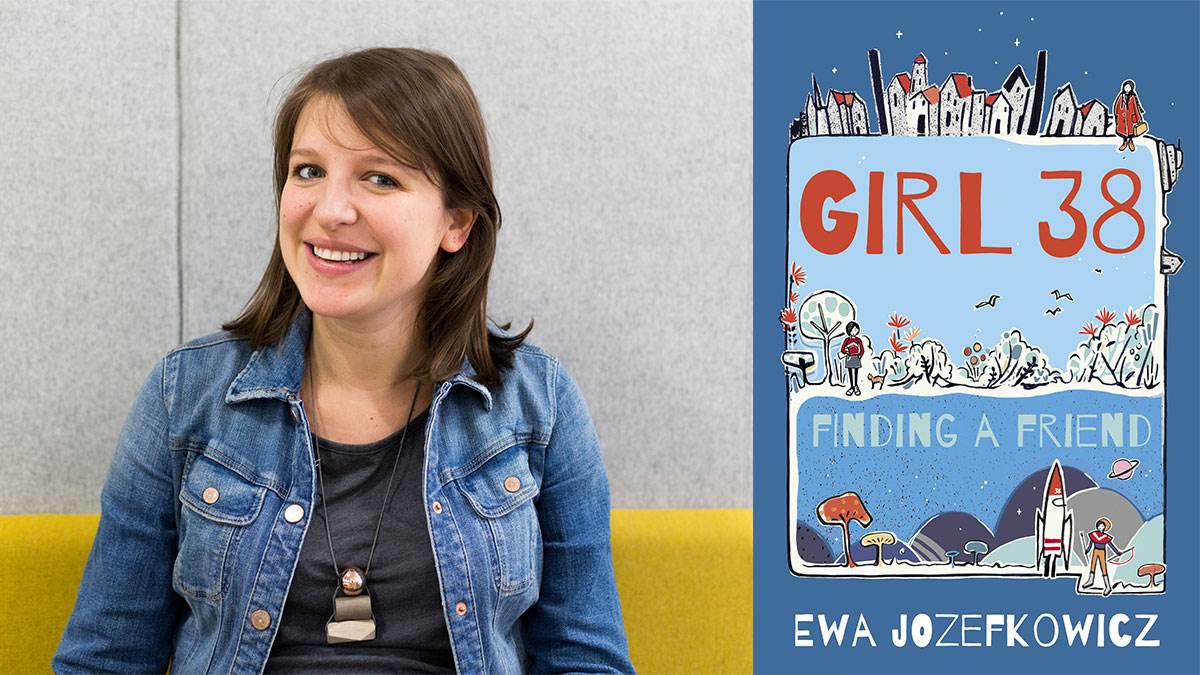 Eighty years have passed since the outbreak of the Second World War, which devastated Europe and affected the lives of millions of people across the globe.

Much has changed in that time – the United Nations was formed, we went through a long period of economic prosperity and technological advancement, and perhaps most importantly, we have not experienced war on that scale again. We will soon reach a time in which there will be no living survivors of World War Two, and what we know about those six horrifying, deadly years will come only from historical records, and of course, books.

My grandmother will be 93 next year. She was 13 when the war broke out. To her, it was quite literally a lifetime ago, but she can still recall the events in such detail that it seems as though they took place yesterday. Her advancing dementia means that she increasingly lives in the past these days, and she tells me that her two greatest fears are that people will 'forget what happened' and that they will 'do it all over again'. In her mind, the two are interconnected, like in the famous quote by George Santayana – 'Those who do not remember the past are condemned to repeat it'.

I reassure her that it’s not the case – that people still write about the Second World War, that every decade, there are new films created about it, that students are still taught about it in school in great detail and amazingly, that children’s fiction set during this period continues to be popular.

The Boy in Striped Pyjamas by John Boyne remains my favourite book in this genre, closely followed by the wonderful Girl with a White Dog by Anne Booth. 'But are there books that tell the Polish story?' my grandma asks. There are many Polish children’s books on the subject of course, but I had to admit to her that I haven’t come across any in English.

The Polish experience of the Second World War is a unique one. The war itself began with Hitler’s invasion of Poland. Warsaw surrendered to the Germans on 27 September 1939 and Britain and France declared war on Hitler.

The country soon found itself in the tragic predicament of being trapped between two superpowers – Germany on one side and the Soviet Union on the other. Poles fought on all fronts from Narvik to Monte Cassino. There are many streets and monuments dedicated to these fearless fighters across modern-day Poland.

But these of course were the larger events – the decisions of politicians and the actions of army leaders. What did they mean for regular people in Poland?

Professor Kochanowski, a historian specialising in this period, writes that 'the most important battle experienced by Poles at this time was the one fought by society on an everyday basis, the fight for physical survival.' Jews ran the constant risk of being sent to concentration camps, but even non-Jewish Poles who were reasonably healthy and young were sent to labour camps to support the German war effort.

Leap from a moving train

Girl 38 tells the story of Ania, the elderly next door neighbour of the heroine, Kat. Ania initially appears to be eccentric and even quite frightening. But Kat unexpectedly befriends her, and Ania tells her about her haunting journey to find her best friend Mila, who she was separated from during the Second World War. The girls were rounded up and taken to different camps. But Ania got help from an unexpected source – a German officer named Sommer who used his connections to help her in the search for Mila.

I have heard many stories of enemy soldiers showing kindness and humanity in the most horrifying circumstances, and I wanted to bring these to life through Sommer’s character.

Ania’s story is based on my grandmother’s own experiences, and includes her leap from a moving train which was taking her to the labour camps in Eastern Poland. My grandmother was persuaded by two older boys to jump, and she still has a visible wound on her left shin from where she landed awkwardly on the track. Miraculously, the three of them managed to make it to safety. Who knows what would have happened if she hadn’t jumped? My family sometimes wonder whether we would be around to tell her story.

Search for the good in people

I hope that Girl 38 resonates with young readers because I feel that ultimately what brings history to life are not the dates and facts, but the real human experiences, and particularly the bravery and the kindness that comes from unexpected places.

The more she gets to know Ania, the more parallels Kat finds between their lives – which on the surface look so entirely different.

Kat learns a great deal from her next-door neighbour but the lessons are perhaps not of the type that you’d expect. They’re about being true to yourself and about searching for the good in people, even if sometimes it’s difficult to find.