The award-winning national treasure Matt Haig, who's work includes The Radleys and Echo Boy, became our eighth Writer in Residence back in 2013. In this blog Matt wrote about why he thinks people don't like reading books, and what should be done to change that. 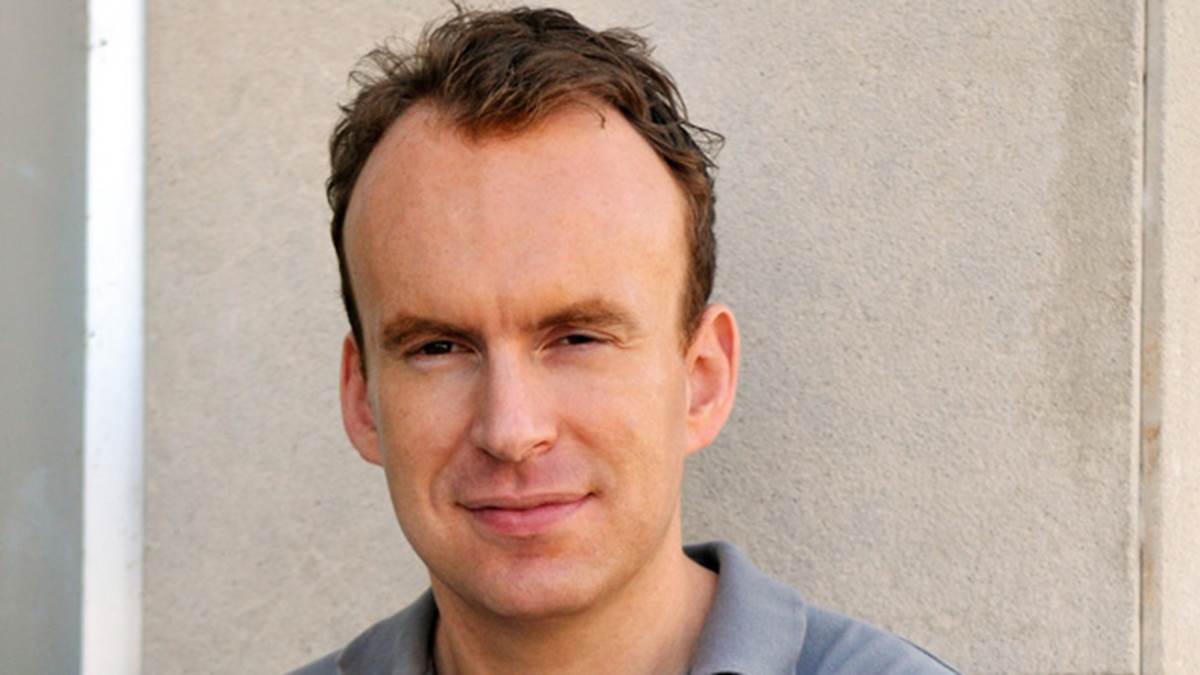 Let me start by stating the obvious. Books are great.

Culturally, books are the best things humans have ever created. Our minds are shaped, above all, by words, and so nothing can reach our minds quite in the same way as a book, the natural home for words.

Yet we have to ask ourselves something. If books are so fantastic then why is everyone watching Masterchef instead?

I don't know. But at a World Book Night event this week I heard chief exec Julia Kingsford say that a third of households don't have any books in them. And that proportion is growing.

You see, when I write a book, I don't see myself writing for a select tribe. This is why I ambitiously named my about-to-be-released book The Humans, after its target market. I believe that most people have roughly the same amount of hidden depths, and one thing a book can do is to shine a light into these depths, and make people surprised at what is there, inside themselves. That collective and universal part of us that is far more hidden than our differences.

But I think there are obstacles. Many more than ten, but let's start with that number:

1. A misleading cover. You know, the one that sales and marketing thought the book should have. The one that makes it look like a thriller or a love story, because people like thrillers and love stories, even though it is not a thriller or a love story. And yes, that particular book will sell, but the person will read it and think this isn't the book they thought they were buying and they will give it a two-star review on Goodreads and not buy another book until Christmas.

2. A lack of choice. Yes, yes, there are 1,238,459 books published every day, but a lot of books does not always mean a lot of choice. Very often, at the supermarket, you are seeing about fifty books all aimed at the same middle class fifty year old woman, with the same modestly tasteful picture of a beehive or a wedding dress or a glove on the cover. To get everyone to read means having books that appeal to everyone, not just a 'core demographic'.

3. Snobs. If you read my blog last week you know what I feel about snobs. Snobs are the people who don't want everyone to read, because if everyone read it would be harder to feel superior. Snobs don't realise what they are doing. Or maybe they do, in which case they are evil.

4. Books' esteem problem. I might just be imagining this, but sometimes it seems that publishing is a little bit unsure of itself. You get the feeling books feel lacking unless they have a smiling TV celebrity on the front of it, or at least some film stars from the movie version. Books: let me say this, a film and TV show starts with words on a page. That is their essence. But you, books, you are pure essence. This makes you amazing. So stop copying others, take that silly jacket off, and stand up tall.

5. The class system of books. Although marketing people like to divide books up into categories, I believe the division of books into separate classes shrinks the market. Specifically the distinction between 'literary' and 'commercial' is a damaging one, because it implies anything popular is unworthy, and that people don't want intelligence. So ultimately, it belittles both categories.

6. Lack of originality. A book that really breaks through and gets people reading - whether it's Trainspotting or Curious Incident or (I'm going to say it) 50 Shades - comes along and surprises people. It shakes off pre-conceptions of what a book is meant to be, and gets people talking. Too often the book market is an echo chamber, in need of clear new voices.

7. Pain. Books are seen as good for us in a way that movies and video games and TV shows aren't. This view of books as 'worthy' is forged at school, which is fine if you go to the right school. But what if you went to the school I went to? What if learning was viewed with suspicion by a lot of your peers, because it was seen as playing someone else's game? A game in which some feel they fail at from the outset? Well, if books are seen as part of this alienating process then these kids will grow up into adults that don't read because the idea of books hurts them.

8. Grammar. The idea that language is something you can fail at. The point of grammar is to be understood, and if someone is understood, why make them feel bad for getting something wrong? And besides, fixed rules don't really work for language. Language is a fluid that grammar tries to freeze. You learn language by jumping right in and splashing around. Grammar is about rules, and imagination is the opposite of rules. Grammar is useful only if it is there to keep us afloat rather than push us under.

10. Writers. Ultimately it is up to writers. If we write astounding stories that are full of universal wonder at the remarkable things we have in common then people - a lot of people - will end up reading them. But if we stay navel-gazing and writing books that we hope will impress a select band of peers, then literature will become a ghetto with even higher walls. Let's instead be truly proud of books, and this tragi-comic species of ours, and let stories echo our shared humanity.