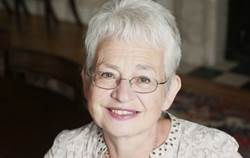 Dame Jacqueline Wilson has written over 100 books for children and sold over 35 million copies worldwide. One of Wilson's most successful and enduring creations has been the famous Tracy Beaker, a beloved character who lives in a children's care home. Wilson is a keen reader herself and has a personal library of over 15,000 books. From 2005-2007 Jaqueline Wilson was the Children's Laureate.

'If my Tracy Beaker were real, she would have relished those parcels.'

Alan Johnson is no ordinary politician, reader, or author. Raised in the grinding poverty of pre-trendy 1950s Notting Hill, he went on to hold five Cabinet positions - including Education Secretary.

'Being able to escape into a book is just a marvellous means of coping.' 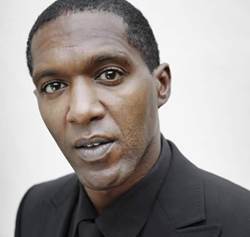 Lemn Sissay MBELemn Sissay, MBE, is an internationally renowned poet, playwright, broadcaster, and is the current Chancellor of the University of Manchester.

'Every child in care deserves to receive books. That the books come through the post in an envelope addressed to the individual child is just the best! I wish Letterbox Club had been around for the hundreds of young people that I came across when I was in care.'

He was born in Lancashire of Ethiopian parents. His 2004 drama Something Dark deals with his search for his family after being fostered by a white religious family who, after looking after him as their own child for eleven years, decided to cut off all contact.

Professor Sonia JacksonSonia Jackson, OBE, AcSS, FRSA, is Professor of Social Studies and Education at the University of London Institute of Education. She is a qualified clinical psychologist and social worker and was Head of Social Policy and Applied Social Studies at the University of Wales Swansea, before moving to direct research projects at the Thomas Coram Research Unit.

'Letterbox Club parcels, as the evaluation reports show, bring great pleasure to children and play a key role in introducing them to books and providing a focus for carers to sit down with them and read and play number games together. This is a wonderful investment for local authorities who are really serious about fulfilling their legal duty to raise the attainment of children they look after.'

The Siobhan Dowd Trust is the legacy of one of the UK's most talented children's writers, Siobhan Dowd. Siobhan founded the Trust shortly before her death, bequeathing the royalties from her books to bring the joy and delight of reading to disadvantaged children who have little or no access to books.

Supporting the pilot of Letterbox Green, for looked-after children aged 11-13, was one of the very first grants awarded by the Trust.

Chair of Trustees, Tony Bradman said: 'Letterbox actually ticked all our boxes. It's about literacy and it's specific, and it's targeted, and it goes to kids who really, really need it. And it's bringing the joy of reading to them.'

Letterbox Club is grateful for the help provided by its patrons and supporters.

Learn more about our range of projects and campaigns, designed to help people of all ages and backgrounds to enjoy reading and writing.