The thrill of victory, the agony of my feet

The award-winning author Patrick Ness, writer of A Monster Calls and other brilliant books, became our first-ever Writer in Residence back in 2009. In this blog Patrick told us about how writing is like running the marathon (apparently). 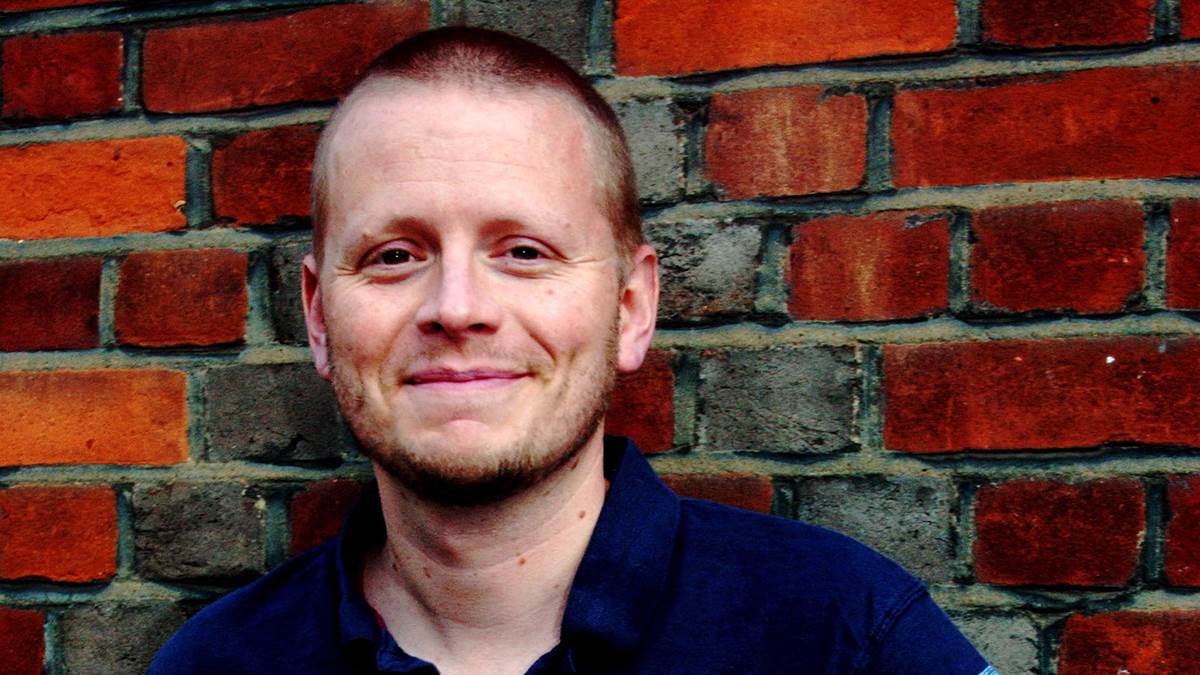 The last week has been busy, even by my bee-like standards, hence the slightly longer-than-usual delay between blogs.

Much of the week has been very, very good indeed. I did a couple of events, including one at the London Book Fair and another really great one at a school in east London. I was also shortlisted for the Carnegie Medal for The Knife of Never Letting Go, and also found out I won the very classy James Tiptree Award for the same book.

These are just brilliant things, and I feel privileged and honoured to be part of them. The Carnegie in particular is fantastic because of how many schools participate in shadowing schemes whereby they read the whole shortlist. Just imagine, thousands of students reading these books and debating them at length.

But mostly my week has been taken up with the London Marathon, which I ran on Sunday. Now, I not only finished, I managed a new PB. But thar be a tale, involving large amounts of blood ...

Things were going well on an unseasonably hot day, and I was chugging along at a decent pace. I was hitting my targets and eating my gummi bears and all was well. Until mile 16.7, when:

Really very badly, actually. Some dillweed had managed to get his car out on the course, and so the stewards were guiding us all around it. They'd also marked out the car with those big orange traffic cones. Which I didn't actually see until I was picking myself up from the concrete, which I hit with both knees at speed, as well as both hands and an elbow. I bled. A lot!

Nevertheless, I persevered. In ten years of serious running, it was only the third time I've ever fallen, and there's a jarring and unwelcome adrenalin hit from it. I ran for another five whole miles before things started to get seriously uncomfortable, and I ended up walking for several of the worst miles (22-24ish). Which was more than sort of horrible. In fact, the worst running experience of my life (hooray! at least I've met the benchmark!).

I thought seriously about pulling out, but I got all stubborn and Scandinavian and said many expletive versions of 'stuff that'.

I managed to run the last mile, and ended up finishing in 4 hours, 26 minutes, which astonishingly is a new personal best by 8 minutes (it was a pretty crappy previous personal best), so I was obviously running well until the tumble and could maybe have broken four hours (my goal) if I hadn't fallen. Oh, well, next time.At the end, I was greeted by my lovely other half and some good friends from my running club, and then had a nice shower at the Shelter tent (the charity I ran for and, with the kind help of good people, raised £2,665.46 and counting) and got attended to by an ambulance (photo above).

Now what in the world does this have to do with writing? Well, everything. As I've mentioned before, the question I get asked most often from young readers is: Where do you get your ideas from? And the answer, again, is: everywhere.

This is what writers mean when they say 'write what you know.' I know what it feels like to run, and so I can write about running and fatigue and persevering through unpleasantness and, should it ever come in handy, how it feels to fall over a traffic cone in front of thousands of people.

I don't know that anyone is really interested in your fictionalized autobiography (I don't think they're interested in mine), but there's more to your life than just its particular story. There's everything you feel about it, too, and everything you know to be true, and all those things you can put in the minds of characters completely different than you. If writing is your life, there should be life in your writing.

And there endeth my tale of blood and guts and English pluckery. I'm badly sunburnt with a wrapped ankle and a still-bleeding knee, but I can actually go down my stairs facing forward, which any marathon runner will tell you is doing pretty damn good.