Hayley Long: 'I need more going on in a teenage book than just "I fancy a boy"...'

Katherine Woodfine talked to author Hayley Long about her Costa-shortlisted book What's Up with Jody Barton?, LGBTQ representation in books for teens, and why she she finds most teen romance books boring. 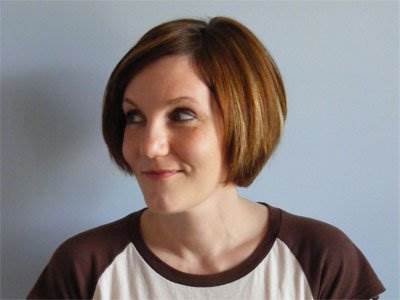 'Some books for teenagers don't seem to have a point. I don't want to sound like a teacher – even though I am one – but for me, I need more going on in a book than just "I fancy a boy".'

Author Hayley Long is chatting to me about her latest novel What's Up with Jody Barton? over a plate of chips in a South London pub. The book, which is one of four titles on this year's prestigious Costa Children's Book shortlist, is the story of teenage Jody and twin sister Jolene growing up above their Dad's lively North London cafe. The two share everything, until a good-looking boy comes between them.

With a pink doodled cover and a humorous first-person narrative, at first sight it may seem like an archetypal teenage girl story of family, friends and first romance – but (and here comes the spoiler alert) Jody's story has an unexpected twist. 100 pages in, the reader discovers that Jody isn't a teenage girl as they will probably have assumed, but in fact a teenage boy, who has a crush on the same boy his sister likes, and is struggling to deal with what this means for his own sexuality and identity.

'I didn't want to write a book that was defined by that particular issue,' says Hayley, whilst acknowledging that there are still very few books for teenagers that explore gay and lesbian relationships.

'It wasn't something I particularly felt I had to do. But the first book I wrote for teens was Lottie Biggs is (Not) Mad, and I wrote that in part because I'd been teaching in a high school in Cardiff, and I noticed that one of the few areas where there was a real taboo, where kids could be really cruel to each other, was mental health. There was a lot of name-calling and it wasn't an uncommon experience to have kids that go off the register for a few weeks for depression. Similarly for younger teens, the lesbian and gay issue seemed to be the one thing they really couldn't get over. Maybe they would be different individually, but in the group mentality of a classroom, it's a sensitive issue, and it's generally still really homophobic. I can remember at the time thinking about it, but thinking that I wouldn't know how to go about approaching it, so I decided to focus on mental health.

'After I wrote the Lottie Biggs books, I had to come up with something else. My editor said "think about your audience, think about the people who enjoyed Lottie, and write another girl character" but actually I felt quite drained because I'd put so much of myself, and what I could think of in terms of girl stories into Lottie. I didn't want it to be a pale imitation of that. Then I thought "OK, right, let's have twins who fancy the same boy" but I literally got to the end of page one, and I thought "this is boring". How many other books must there be about girls who fancy the same boy?

Although it is about a young gay character, Hayley is keen to emphasise that What's Up with Jody Barton? is also a broader story about growing up and identity. 'A lot of reviewers haven't mentioned the "g-word" in what they've written about the book, even though that's essentially what the whole book is about - it's a coming-of-age book and a coming out book. But I quite like that people are not talking about that, they are talking about Jody. Ultimately it's just a book about a teenager.'

Making Jody's gender a surprise that the reader wouldn't discover until halfway through the book was a deliberate strategy. Hayley explains: 'I thought about it, and I didn't want teenagers to come to the book either with their own ideas of "I'm not reading that", or deliberately picking it up because of the subject matter. I wanted them to read about the character, and hopefully get to like the character, and then have to deal with the twist.'

The idea of creating a story with an unexpected twist was particularly appealing to her. 'I remember when I was about 14 I read Catcher in the Rye. It makes it clear at the beginning of the book that the main character is in hospital, but being 14 and reading it on my own, I missed that. I can remember reading all the way through thinking "this is boring - why does everyone go on about this book? It's just all this minute detail of these three days in a boy's life". And then at the end it dawned on me that he'd had a breakdown. I had this feeling of "oh, that's amazing" and the revelation made me want to go back and read the whole thing again with that knowledge. I hope that kids reading this will have something of the same feeling of, "oh, now I want to read it all again and see how that works"'.

Offering young readers something to surprise and challenge them is part of Hayley's approach to writing. 'Today there's a massive amount of fiction for teens and young adults. If you wanted, you could read nothing else' she says.

'It's great there are so many books, but it means that if you choose, you can be quite narrow in your reading tastes. Obviously I want to write to appeal to my audience, but also I want to challenge them a little bit.'

But creating a book which was structured around this revelation did present difficulties for Hayley as a writer. She explains: 'The first half of the book was a challenge. There was a real sense of relief when it's out and I could let that go. The first half of the book had to be much more restrained, but for the second half, there was a shift in the atmosphere – it was freer and faster and it felt much more like a "boys' book"'

Hayley drew on her own adolescent experiences in writing the book, even making her own teen idols – River Phoenix and The Doors – also Jody's heartthrobs. 'Obviously I've never been a gay teenage boy, but I thought about how I could project the way your heart hurts because you're so attracted to someone' she explains.

The doodles and artwork that punctuate the text also help to create an authentic teenage voice and feel. 'I like to have a visual,' she says. 'I did the Lottie Biggs drawings, and they are how I draw. I wanted these to look different, so for Jody it was about really carefully copying photographs. I like seeing something interesting as I turn the pages. I write what appeals to me, and I like visual things.'

The book is set in and around the Willesden High Road, where Hayley lived during her time in London. 'The area really came to life for me,' Hayley explains. 'It's not like there's anything much to recommend it, but when you live there, it is the most interestingly eye-popping place.' Trying to create an authentic setting also presented challenges though. 'Beginning to write it was scary and awful. I was thinking "I haven't lived in London for 10 years, I can't hear these kids' voices." But what made it all click was the two girls in the café, modeled on girls I used to hear in London. I read one review which said I was using a kind of "mockney" voice, but it is actually how a lot of teenagers in North West London speak. They aren't all middle class. In fact, I toned it down, otherwise you wouldn't be able to understand them.' Although she doesn't plan to write any further books about Jody, she says 'I'd like to maybe use that setting again and maybe have Jody's family in the background'.

Talking about her influences, Hayley cites Louis Sachar and Frank Cottrell Boyce as contemporary authors she particularly admires. 'Holes is genius. I don't think I've ever read anything like it. The structure of it is so perfect. And Frank Cottrell Boyce is so funny. With Framed, there is really clever stuff going on. It's talking about fine art and at the same time it's suitable for 8 year olds. I admire books like that.' Summing up (whilst graciously allowing me to finish the chips)

Hayley thoughtfully concludes 'I suppose I really think that as well as being funny, the whole point of books is to show you a different point of view.'