This programme is no longer running.

The Stories Tour was designed to bring the arts and in particular live literature to areas and communities which were less likely to be taking part in arts provision. We chose to focus on areas of deprivation and in particular Bangladeshi, Pakistani and Somali families in those areas as evidence shows those communities are least likely to be accessing the arts. We also worked in partnership with the charity Pact to reach prisoners and their families.

Between November 2013 and April 2014. We took the family story show to over 45 venues and more than 1500 children, before providing storytelling training to over 100 venue staff and volunteers. 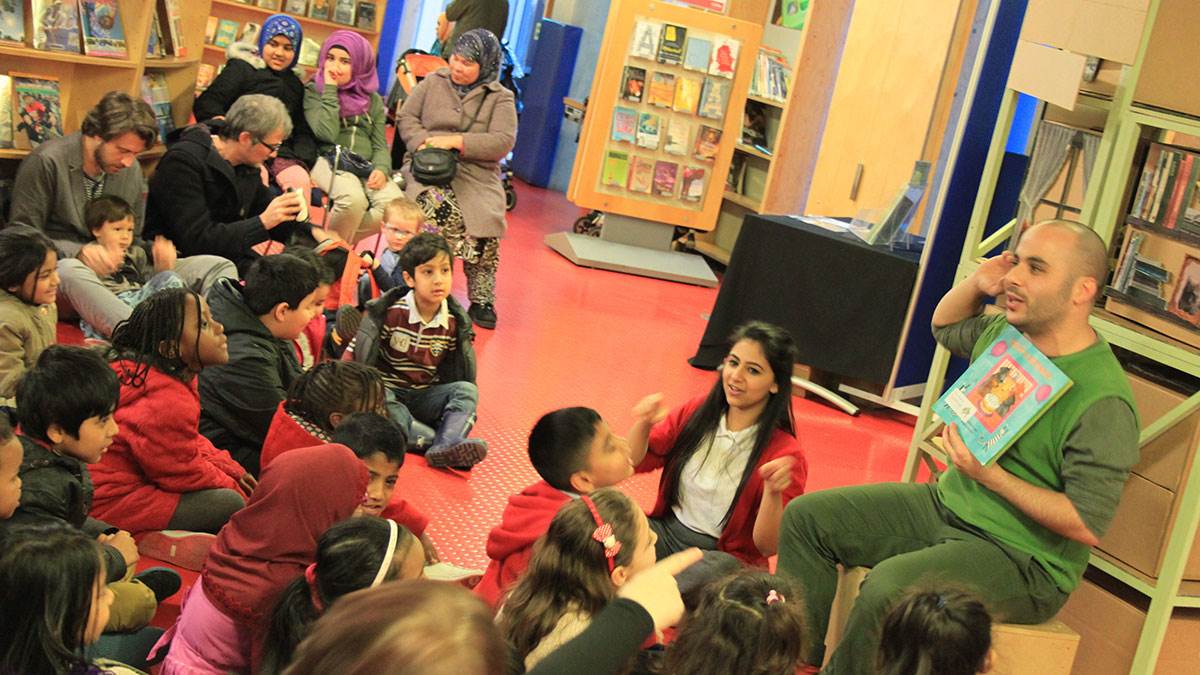 This video gives an overview of the BookTrust Stories Tour

The Stories Tour 'Once Upon a Time' show

Find out about our resources

From fun lesson plans to posters for your children's centre, find out more and search for resources which are right for you.