How BookTrust Represents has helped me

Davina Tijani writes about her experience at the Cheltenham Literature Festival which she was able to attend through BookTrust Represents. 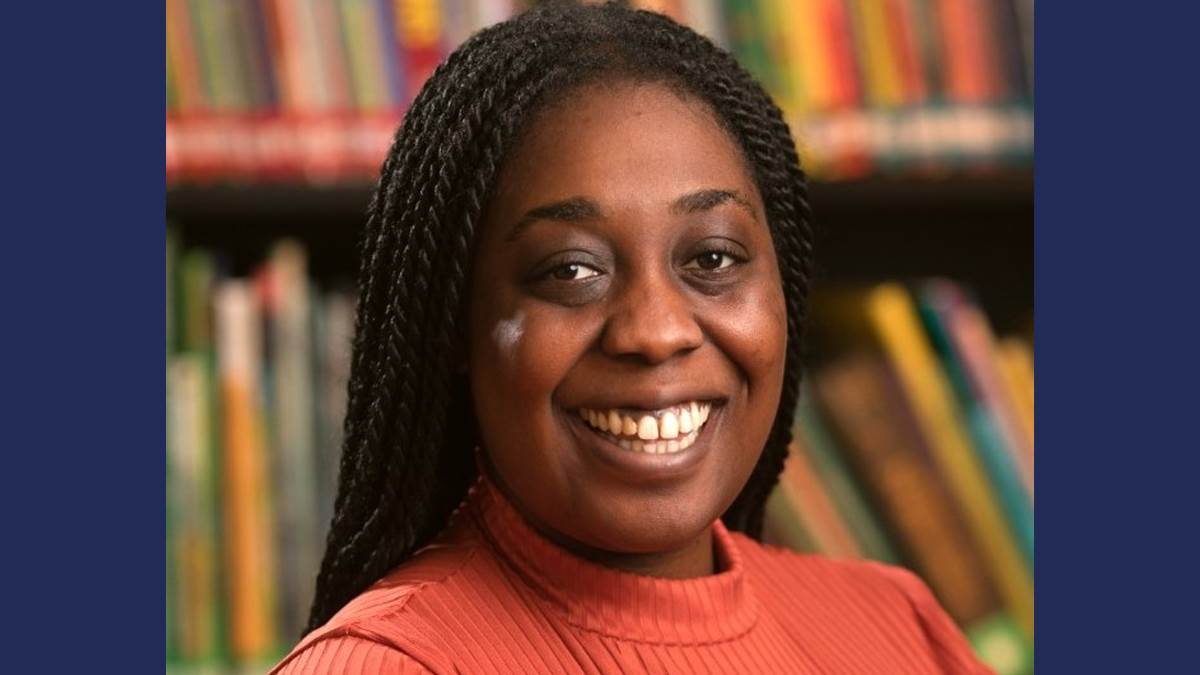 Being a member of BookTrust Represents gave me and others the opportunity to attend the Cheltenham Literature Festival, and with this came access to numerous talks and panels. The prestigious literary fair attracts a mainly white audience. However, the atmosphere was more than welcoming with a creative spirit in the air as we were given a behind-the-scenes experience into exactly what happens at an acclaimed literature festival.

The town of Cheltenham is located on the edge of the Cotswolds in Gloucestershire, close to Bristol. Despite the expectation of poor weather, nothing could dampen the lively atmosphere of the festival (although it helped that the rain was minimal). From the comfort of the green room, where the speakers and VIP guests took breaks and prepared for their talks, I was not only able to take in all the excitement of the festival, but to meet many other aspirational and established authors.

The extended weekend was everything that you could possibly expect from an established literature festival, set up on a colourful site filled with large pavilion tents, food trucks, giant book displays and people dressed up as children's book characters like Kipper the Dog in addition to two huge bookshops stocked for adults and children.

The beginning of our first day started with the 'Dragons and Wizards' talk by the amazing Cressida Cowell, author of the How to train your Dragon series. Not only was the room packed to the brim, but Cressida brought lots of energy as she spoke of the inspirations behind writing her early works through to her latest series Wizards of Once. I was lucky to be able to speak with her beforehand and she spoke honestly about walking the path of a writing career, whilst giving us tips and tricks.

The green room acted as our base for operations over the weekend, with our groups returning to it between scheduled events.

Here we had the opportunity to discuss topics with each other and the festival's organisers, such as the need for the inclusion of diverse voices to be featured in future festivals.

As a writer of middle grade fantasy, I was eager to get to the 'Ultimate guide to writing for children' panel which featured writers from the publisher Chicken House. The panel raised a multitude of important issues, one of the most powerful being on how to write about sensitive topics. Children are not as naïve as we often assume/think and, as writers, we have a responsibility not to shy away from difficult things. The general opinion shared by the speakers was that it is important to deal with tough subjects in an age-appropriate manner, as children need to see these problems handled and addressed well.

The 'Black Face in White Spaces' discussion-hosted by Slay in Your Lane authors Yomi Adegoke and Elizabeth Uviebinené alongside Charlie Cuff and Heather Melville-spoke to the experience of black women existing in predominantly white spaces.

The session highlighted how we as a group of POC had become aware of our presence in a white space.

The speakers discussed how important it was to create a culture where black people can walk through the door into any space and be themselves.

As a fan of Science Fiction and Fantasy, I was extremely excited for the 'Deep, Dark Fantasy' Panel which brought together fantasy writers Steve Feasey, Frances Hardinge and Rachel Burge. The panellists spoke about the inspirations behind their work, exploring the impact of folklore and mythology on the genre as well as the importance of 'world building'. I left the tent inspired, motivated and full of a hundred new ideas for my own book.

Cheltenham Festival is paying more attention to inclusivity, with its 2019 lineup dedicated to promoting diverse voices across its schools and adult programmes. This was especially apparent during the 'Female Voices' session, featuring authors Kit De Waal and Kiran Millwood Hargrave who spoke on the female perspectives within their YA books. The pair spoke about both the historical erasure of female voices and how stories from the perspective of women are now coming to the forefront. I loved this talk for its refreshing candidness in discussing how decentring and refocusing the narrative is powerful for female voices.

Over the course of the festival, the importance and value of creativity to fuelling all forms of writing work (whether it be, fiction, non-fiction, illustration, poetry or journalism) proved to be the central theme. Another key takeaway from the festival for me was how the importance of storytelling is universal across forms and genres, whether in the written word, spoken word or illustration on everything from fantasy to science fiction.

Overall, I immensely enjoyed the literature festival and would love to return in the future.

The talks were enlightening, entertaining and funny with the speakers delivering key pieces of information which left me buzzing on my return to London. I would strongly encourage others to get involved in BookTrust Represents by subscribing to the newsletter, following BookTrust Represents on social media, attending BookTrust events and checking out the BookTrust website for a wealth of writing tips from authors and illustrators.