Letter from a Laureate: Jacqueline Wilson

Here's what Jacqueline Wilson had to say.

I was very pleased and proud to be made the Children’s Laureate in 2005. It gave me the chance to work hard with BookTrust to promote a love of books and reading among children and their carers.

In my two years as the Laureate, I launched a campaign to encourage parents and carers and teachers to read aloud to children and to continue doing so long after they are able to read for themselves. I was grateful to Random House to publish Great Books to Read Aloud, which was priced at £1 and sold 220,000 copies. 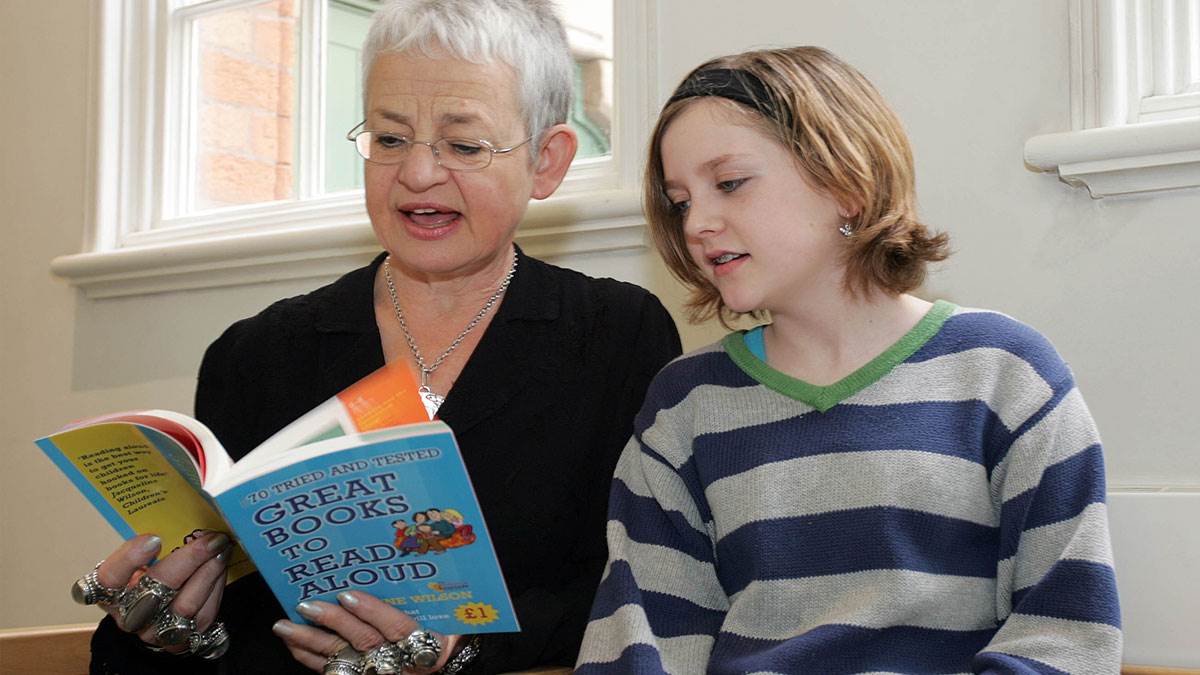 I enjoyed speaking to over 40,000 children at events large and small that took place all over the UK and in Ireland. This included over 100 hours at literary events, conferences and festivals talking to both adults and children and signing books for them. I tried to go to some unusual venues to meet children who weren’t necessarily keen readers.

A visit to Hayling Island Carnival was particularly memorable – there were some marvelous children there, but I also encountered a very vicious ferret who made it clear he didn’t care for authors!

Books for every child

I worked with various charities, such as the RNIB with their Right to Read campaign which aims to give blind and partially sighted children the same access to books as sighted children. I also worked closely with Childline, Brake, The Fostering Network, Great Ormond Street Hospital, the NSPCC and Book Aid International.

I became a Patron of Seven Stories in Newcastle upon Tyne, supporting their aim to bring books alive to children from all backgrounds. I also became a Patron of Chatterbooks, a national network of bookclubs set up in libraries and schools designed to encourage children to share the books that they have enjoyed with their peers. I was a Trustee of World Book Day in 2006 and a committee member of the Society of Authors. As the Children’s Laureate, I was on the judging panels for the Orange Prize for Fiction and the Prince Maurice Prize and was on the Whitbread Award Advisory panel.

I was invited to Washington, USA for their Literary Festival and gave several speeches about our Children’s Laureateship. I attended a dinner at the Library of Congress and breakfast at the White House.

I was happy to take part in many media interviews and appearances as a spokesperson promoting the importance of books and libraries. I was a guest on Desert Island Discs and The South Bank Show.

I think the highlight of my Laureateship was attending Buckingham Palace as part of the Queen’s 80th Birthday celebrations. I had to introduce Her Majesty to all my fellow authors and do a warm-up session with J K Rowling and Roger McGough in front of 3,000 guests. The whole party was a celebration of children’s literature and a very memorable occasion for a Children’s Laureate.