How To Train Your Dragon author Cressida Cowell was BookTrust's 14th Writer in Residence, taking up the job from August 2016-January 2017. 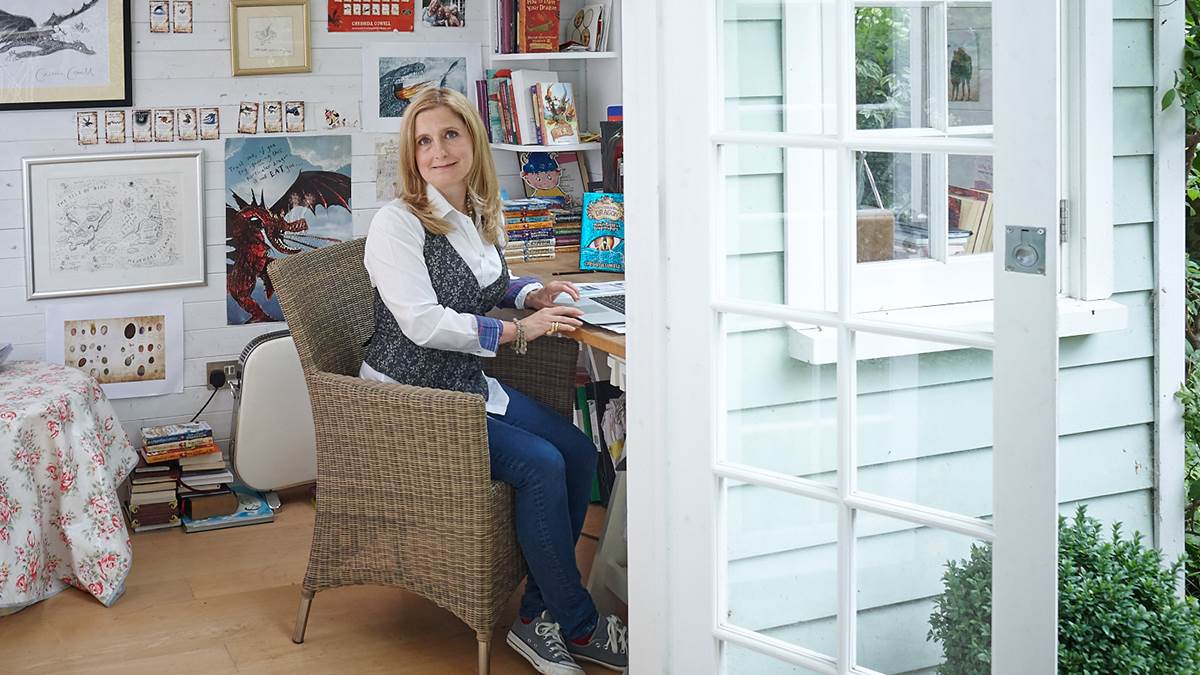 Cressida Cowell grew up in London and on a small, uninhabited island off the west coast of Scotland. She was convinced that there were dragons living on this island, and has been fascinated by dragons ever since. Cressida has written and illustrated twelve books in the popular How to Train Your Dragon series which has sold over 7 million copies worldwide, and is published in 38 languages.

How to Train Your Dragon is also an award-winning Dreamworks film series, and a TV series. Also the author of picture books, Cressida has won the Nestle Children's Book Prize and has been shortlisted for many others. Last year she won Philosophy Now Magazine's Award for Contributions in the Fight Against Stupidity.

She has been an Ambassador for the National Literacy Trust for ten years. Cressida lives in Hammersmith with her husband and three children.

'Over the course of the next six months I'm going to be talking about the quest I have been engaged in for the past eighteen years: one to keep kids in 2016 reading books for pleasure with excitement and wonder, like I did when I was a kid. I believe, strongly, that we are involved in a quest for the survival of books and of readers and it's a quest that we must win.

'I also want to encourage the writers as well as the readers of tomorrow: the creative industries make over 80 billion pounds a year for this country and I want children to know that not only is a creative career an option to them, but that we need them. We're going to be in different locations, from my shed in London to LA, where I am going to chat about How to Train Your Dragon 3 and how it feels to have your books made into films.

'I'm looking forward to sharing my thoughts - as well as other authors' - and listening to readers' contributions as well.'

Fun fact about Cressida: she and Children's Laureate Lauren Child have been friends since school. Cressida's daughters, Maisie and Clemmie, played Lola in the TV adaptation of Charlie and Lola.

How to Train Your Dragon

Hiccup Horrendous Haddock III was an incredible sword-fighter, dragon-whisperer and the greatest Viking hero who ever lived.

Read more about How to Train Your Dragon

How To Train Your Dragon 3: How to Speak Dragonese

The third in the series featuring Hiccup Horrendous Haddock III sees the heroic Viking warrior recall more adventures of his life as a small boy.

Read more about How To Train Your Dragon 3: How to Speak Dragonese

Emily Brown and the Thing

Lying in bed, Emily can hear lots of household noises which she discovers are made by a Thing who is afraid of things.

Read more about Emily Brown and the Thing