Chris Riddell was BookTrust's tenth Writer in Residence, taking up the role in January 2014 - just a year before he became Children's Laureate.

Chris Riddell is familiar to both children and adults for his distinctive line drawings with their clever caricature, fascinating detail and often enchanting fantasy elements. He has illustrated many picture books and was awarded the CILIP Kate Greenaway Medal in 2002 for Pirate Diary and also in 2004 for Jonathan Swift's Gulliver.

In 2006 Chris published his first solo picture book with Macmillan Children's Books, The Emperor of Absurdia, followed by Wendel's Workshop in October 2007, Alienography (How to Spot and Alien Invasion and What To Do About It) in 2010 and Alienography 2: Tips for Tiny Tyrants, in 2012.

In February 2007, Macmillan Children's Books published Ottoline and the Yellow Cat  which has now become a much-loved series with a huge following. The second in this graphic novel series, Ottoline Goes to School was published in February 2008 and Ottoline At Sea followed in 2010.

In 2006, The Emperor of Absurdia won a silver award in the 5 and under category of the Nestle Children's Book prize and in 2007, Chris was awarded the gold award in the 6-8 category of the same award for Ottoline and the Yellow Cat. This brings Chris's Nestlé awards tally to five awards, a fantastic achievement.

Chris has also worked in the young teenage market with his collaboration with Paul Stewart on the best-selling Edge Chronicles series, The Immortals series and Wyrmweald (all published by Random House Children's Books).

For slightly younger children his Fergus Crane adventure series, again written by Paul Stewart, has achieved critical success, winning the Smarties Gold Award, and Corby Flood has also won the Smarties Silver Award. Chris and Paul are also the creators of Muddle Earth and Muddle Earth Too, which have been adapted for a major animated series on CBBC.

In addition to his children's books, Chris is a political cartoonist whose work appears regularly in The Observer, The Literary Review and The New Statesman. One of his claims to fame is that he was the first cartoonist to depict William Hague in shorts; an illustration that William Hague subsequently bought!

Chris, who lives in Brighton with his wife and has three grown-up children, responded to becoming Writer in Residence in his trademark manner - with a drawing: 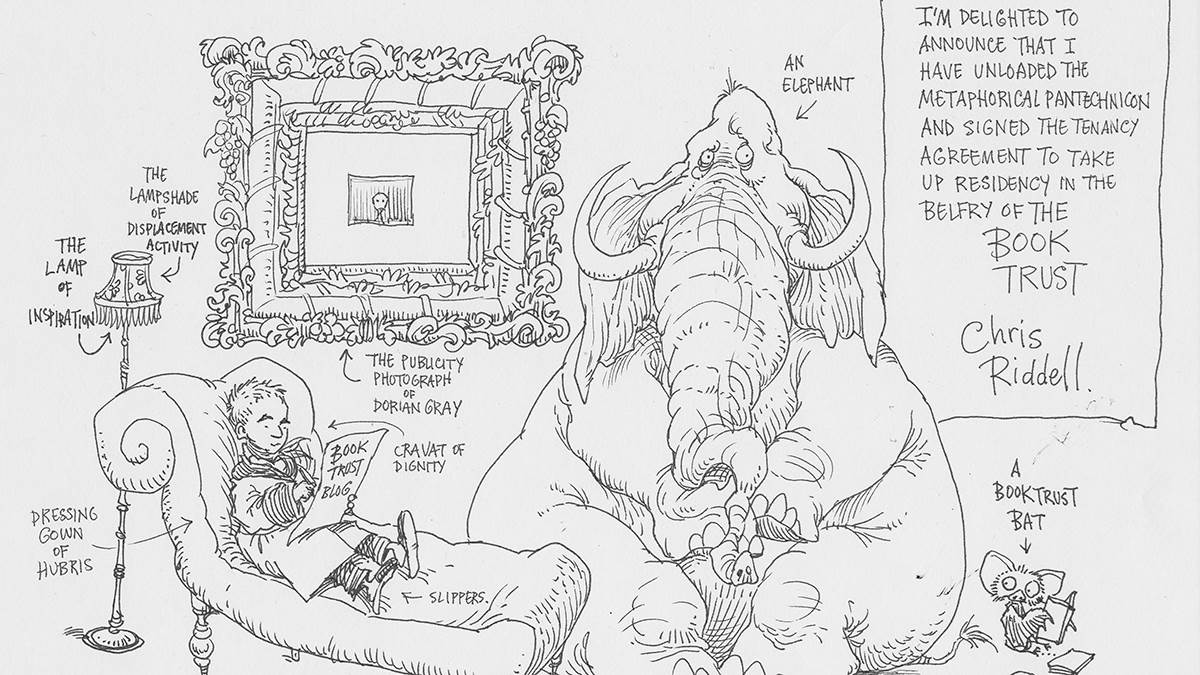 Illustrations in Search of a Story

Have some fun by taking part in this activity

Have you ever feared a Martian attack? This book recommends creeping up close enough to plant a big wet slobbery kiss on their slimy skins – your germs will do the rest to defeat them.