Anthony Browne is one of the world's most celebrated creators of picture books. He was also the UK Children's Laureate from 2009 to 2011. He spoke to us about his career and writing his memoirs with his son. 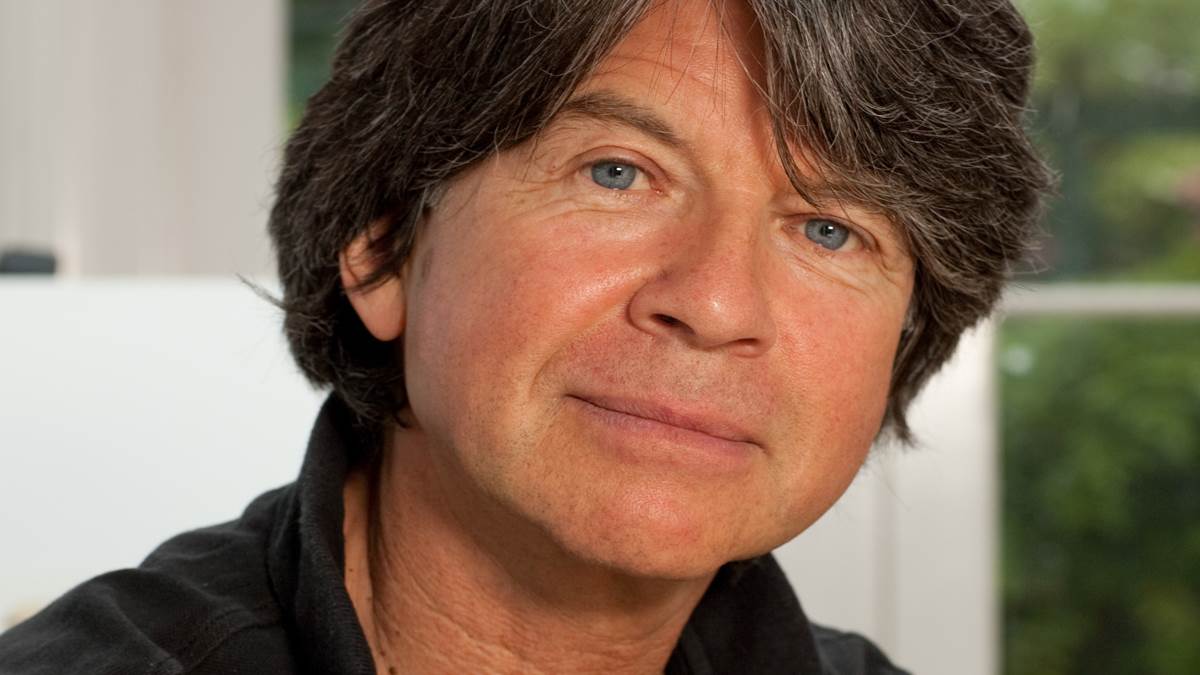 In his memoir, A Life in Picture Books, written with his son Joe Browne, Anthony shares insights into his childhood, his training, and his career as an artist.

Your memoir looks great are you happy with it?

Yes I am, I think Joe (my son) did a fantastic job. I couldn't have done it without him. In fact, I did try to do it without him before and it was dreadful.

What was his role?

My old editor had been trying to get me to do the memoir for ages and every time I tried it, it had been dreadful. One day I went to see her for lunch and we were talking about the difficulties, and she suggested that it might be easier if I could record myself first. Someone suggested that Joe could help as he was living with me at the time. So he would ask me questions and record my answers and then listen and type it up. He would type some of it in my words and some of it in his and some bits in between.

He made it funny and lively and the timing was better than I could make it. He'd heard most of the stories before, particularly the childhood ones, and was kind of fascinated by them. He formed the book personally, filling out some of the things I'd briefly talked about and imagining how I felt at the time. He got it just right and made it really enjoyable.

It's a lovely thing to write a memoir with your son...

Yes, indeed. Of course, we talked beyond what went into the memoir because the kitchen is next to my studio, so I'd be working on a picture and he would be typing up, and we'd be talking all day. It was fantastic talking about what it was like to grow up in Yorkshire in the 1950s, and how nice it was to go to art college and feel a bit out of it, so yes, we really had a fantastic time.

Have either of your children followed in your footsteps?

Both of them went to art school. Joe did a Foundation. He's always loved drawing, although he didn't feel as though he was happy drawing, maybe it was a competitive thing with me, I don't know. But he also loved music and his mother is a musician, so he now plays and teaches the saxophone and does improvisation.

My daughter was more into visual art and she did fine art at college and then decided she wanted to get a proper job rather than becoming an artist, and she went into conservation and now works for the National Trust. So they are both very artistic and I think at some stage they'll go back to art.

Tell us a bit about how you got into book illustration.

Illustration wasn't a path I would have chosen initially. I didn't go straight into book illustration. I did lots of other jobs first illustrating medical journals and gift cards.

Illustrating medical journals must have been a great discipline.

Yes, being a medical illustrator was great training, I think I learned more doing that job than I did at art college.

And illustrating gift cards must have developed the humour and appeal in your work.

Yes, exactly, it was really important to think about the audience. My boss was also like a father figure to me, really. He bought me my first house and I paid him back £20 a week for ten years until it was paid off. And although he was incredibly generous, it was also quite astute on his part because I think I did greetings cards for much longer than I would have done otherwise! It was great for practice though, as I was able to experiment with different styles.

And I guess the next step was meeting your editor?

Yes, she was a great influence, of course. I was very lucky to meet her and she did teach me an awful lot about making picture books, particularly the relationship between words and pictures. Although she was very knowledgable about art and painting; words and music were her big loves really, and I think she taught me a lot about the rhythm of a book and the paring down of words, because I think we always write too much in picture books.

Your memoir is called A Life in Picture Books. Can you tell us a bit about the books that shaped your childhood?

I don't think I really saw any picture books when I was a child, it was nearly all comics. Actually comic annuals that were given for Christmas, like the Beano annual or the Dandy annual. I think that a lot of illustrators both young and old often have a comic book background. It's that combination of words and pictures early in their life. Of course, now younger illustrators see picture books, but comics were the equivalent for us, really, and a big influence.

When I was a child, particularly coming out of war time rationing, the idea of a town being built of sweets was absolutely fantastic. The comics are brilliant and surreal and I was drawing surreal drawings without realising what they were at the time. Fudge's Toffee Town was real child-friendly surrealism, the precursor of Charlie and the Chocolate Factory.

And inspired by the gingerbread house in Hansel and Gretel?

Yes, exactly, you're right. So Hansel and Gretel was the most vivid fairytale I remembered from childhood and fairytales were a big thing for me. I remember my parents telling me fairytales and being thrilled and frightened and excited by all of them.

Was there any particular edition you liked? Did you have one illustrated by Arthur Rackham?

No, I don't think any of them were wonderfully illustrated, we just had the basic text with unmemorable black-and-white line illustrations. It was the tales themselves I remembered. I suppose they conjured up pictures in my mind.

I have actually revisited fairytales in quite a lot of my books, such as Into the Forest. They have been a constant theme throughout my career and I have tried to do my own book of traditional fairytales many times, which have always ended up as single alternative tales like Me and You. That's one thing I intend to do one day, a book of fairytales in my own way.

What are your favourite picture books?

Where the Wild Things Are and The Mysteries of Harris Burdick, which is an absolutely brilliant book. I don't understand why it's not better known than it is.

Which projects are you most proud of from your Laureateship?

I'm very pleased with a couple of the Laureate books. Play the Shape Game involved lots of celebrities and children and I thought that worked very very well, to encourage not just children, but adults as well to realise that they are visually creative, which can be discovered through playing that game. So I think the promotion of the Shape Game is something I'm really pleased about.

The other book was Bear's Magic Pencil, which was the result of a competition with The Sun newspaper. I was quite hesitant to get involved in the first place as I didn't think it would make a good book, but when I saw the children's drawings superimposed on my backgrounds and the little bear character, I was just really knocked out. The children's drawings really enliven the whole book. I think if I'd decided to do another bear book it would have been fairly predictable and dull. The book has also sold really well here and in Asia, which is just fantastic for the children involved, to see their work published all over the world.