Dyslexia at school: When the words don’t make sense

Cerrie Burnell wants children to know that writers are not special story wizards. Every child is a natural storyteller – even if, like her, they have dyslexia or sometimes feel like words aren't for them. 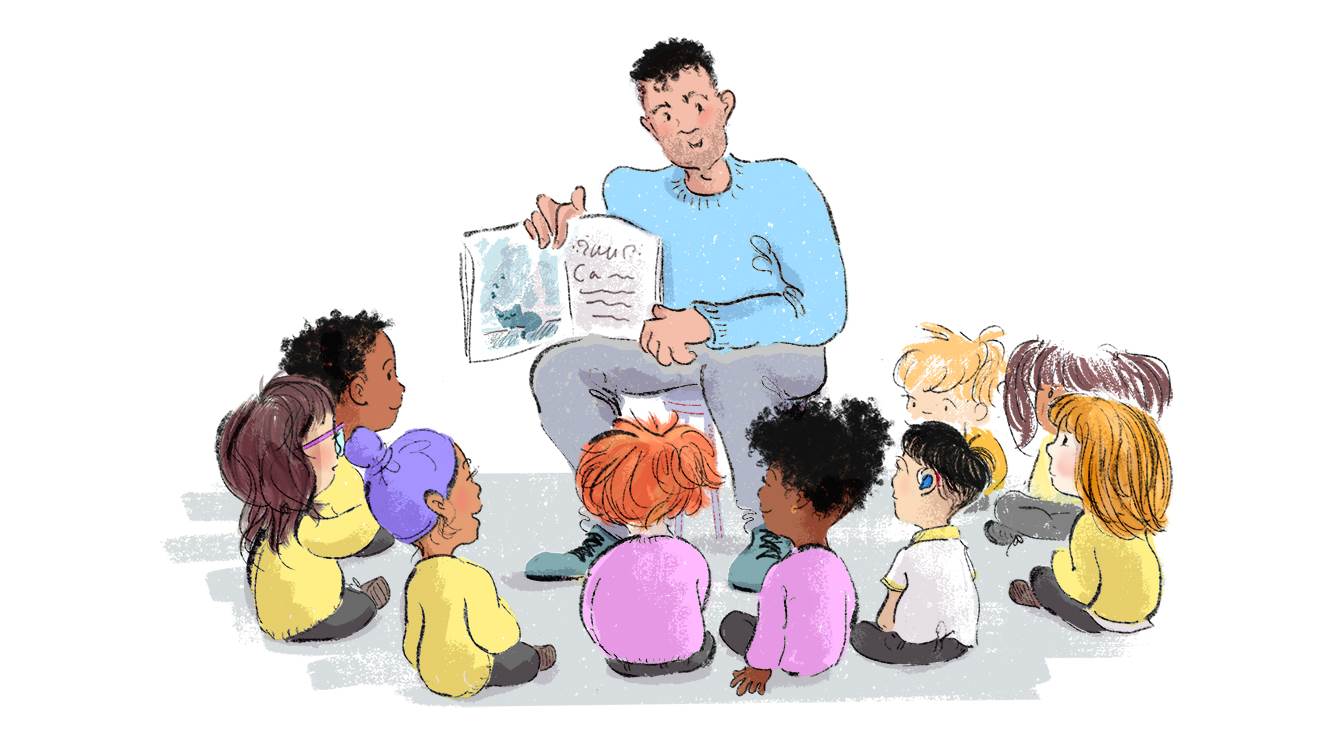 Publishing a book is such an exciting experience. It’s a magical process that we don’t see happening, like an enchantment that comes to life in a hidden room.

One day, someone has a wondrous idea, which they scribble in a notebook or type like Lemony Snicket at a typewriter, or pour into a laptop. And then some publishing pixies take the story and transform it into a book, and it arrives in bookshops and libraries in the middle of the night like a Christmas gift. No matter what the book looks like, everyone always assumes that the writer of the book – the author – can read, and, indeed, write.

Nobody ever thinks, "I bet the person who wrote this story was a terrible reader. I bet they spent years gazing blankly at the pages of books not able to understand them. I bet they found writing tedious or painfully dull."

But that’s because we often forget that stories have existed in our world for all of time, and every single person is capable of telling a wonderful one.

Every child feels the magic

Every child I’ve ever met has a glittering imagination. They are completely unstoppable in their dreams and their ideas are not limited by whether or not they happen to be able to read or write. Reading is, of course, the key to unlocking a love of literature, but it’s important to remember that people can find that key at different stages in their life – and the joy still burns just as brightly at whatever age.

I feel it’s so hugely important to keep sharing stories with the children who aren’t yet confident readers, so they can be part of the magic and don’t lose motivation. As a child, reading didn’t come easily to me. Not at all. The words were like butterflies that I could never quite catch.

I spent hours in my first three years of primary school gazing out the window, wishing I could spill my thoughts onto the page, but not knowing how. I would stare eagerly at picture books, trying to guess the story, thinking it a miracle when other children were able to understand the words.

Looking at the alphabet was like gazing at a set of ancient symbols whose meaning was lost to the world. Deciphering them felt impossible, so I didn’t bother. I didn’t waste my time with twists and twirls and scribbles that had no meaning.

Whenever I was asked to do something involving letters (or, even worse, numbers), which was basically my entire primary school education (apart from the sharp relief of making fairy cakes or doing sticking), I would quickly accept that this wasn’t for me, and instead daydream about something better – something interesting and brave and brilliant. I would imagine myself as the protagonist of a sweeping story.

Cerrie Burnell as a child, dressed as a fairy

Stories as a shared language

Stories are so much wilder than words on a page or the pages of a book. They exist in our hearts before they can ever be written, and after we’ve read them, they live on in our imagination, acted out in the school playground or cherished at night. They become a common experience and shared language. And what’s crucial to remember is that they are for everyone.

Stories celebrate the entire spectrum of human life. From the mundane to the magical and unbelievable.

A girl in a scarlet cloak steps into a sunlit wood, carrying a basket of cakes for her grandmother. So far, so normal.

A warning rings out through the air: 'Don’t leave the path.'

But the girl in the scarlet cloak is a joyous child, who does not abide by the rules. She chooses her own independence and thus invites the adventure.

Enter the wolf – who can speak.

Not quite so normal.

The wolf decides that instead of devouring the little girl immediately, he will trick her into believing that he’s her grandmother, with the use of a bath cap, dressing gown and glasses...

Nothing about this is normal, but it is utterly captivating!

Thankfully, both the child and grandma survive the jaws of the wolf and are rescued by a wood cutter, who fills the wolf’s tummy with stones so that he drowns in the well.

Mundane, magical, unbelievable. Far from normal, yet richly evocative and quite unforgettable.

You do not need to be able to read this fairy tale to fall under its spell. The vivid colour of the scarlet cloak. The gleaming smile of the wicked wolf. Everyone remembers those things.

When the words don’t make sense, it doesn’t mean you don’t have a deep love of storytelling. Children are bursting with the need to tell their stories. They are surrounded by mysteries, real and imagined. That’s why it’s so imperative to remember that books are for all.

When I was almost eight years old, my dyslexia was discovered, and after a lot of specific (read: excruciating) tutoring, I was able to finally read and write independently, though my spelling was very inventive and my ideas were often too complex to fit onto one page.

All that "misspent" time at school, when I should have been crafting sentences with a scrapy pencil, I had instead been creating entire worlds in my mind. All of the stories which had captured my heart, all of the dreamy imagining, all of the snippets of birdsong or conversations; the secrets whispered in the room next door that I’d gathered to my memory, could now find their way into the world.

Being read to by my family, even if they weren’t strong readers themselves, instilled a love of literature in me without anyone having to try. I enjoyed my trips to the library, I loved being read to and I adored my Storyteller Magazines (simple stories that came with an audio cassette, which chimed a fairy-like bell to let you know when to turn the page and honestly made me feel as if I finally was reading).

As an author about to publish my tenth book, my imagination has been the bright star that’s guided me through the forest. My ideas are still erratic and steeped in swirling confusion. My spelling is the work of nightmares and to this day I have never understood the significance of a semi-colon. But the ideas, the adventures and the vivid overpowering dreams are the things that pull me through and help me turn my ideas into books.

Next time you are in a bookshop or library and you find a story, whether it is one you know and already treasure, or something new and enticing, don’t imagine that the author is some sort of wizard far away from you, working by candlelight in a darkened tower.

Just like you, they are simply a person with a love of stories.

With enough love and tenacity, anyone can tell a great one.