Times really ARE changing: How YA books are becoming more inclusive

To mark Disability Awareness Day on Sunday 14 July, Megan Quibell - also known as the Book Addicted Girl, and an Inclusion Ambassador for Inclusive Minds - reflects on the recent changes in the depiction of disability in YA fiction.

A few years ago now, I wrote an article for The Guardian's children's books website asking where all the wheelchairs in young adult fiction were.

I'd been trying to think of a wheelchair-using character to cosplay and came up horrifyingly blank - unless I wanted to sport Professor X's bald-cap look, which I did not. This was still in the pre-'James McAvoy as young Prof X' days and I am suddenly feeling my age.

But let's move on, just like YA is moving on. YA fiction is now so much more inclusive.

It has a long way to go - of course it does, because all media does when it comes to including disabled or trans characters or anyone who isn't a cisgender, cissexual, able-bodied human-type person. But YA has come so far since my Professor X inspired panic.

Disability as a punishment

The cover of What Katy Did by illustrator Neil Reed

In ye olden days, way before any of us were alive, characters with disabilities were often portrayed as the villain, the monster - their external differences meant to represent some rottenness within.

A book I often love to rant about is What Katy Did, something I read as a child with a recurring neurological condition that meant I was often sick, in pain and unable to walk. The way What Katy Did is written makes it seem as if Katy's accident and disability is her fault - a punishment for being a bad child. And then, at the end, she becomes the good little girl they want her to be and her reward is that she can walk.

I can't even begin to explain how messed up that is - and how upset it made me as a child! The idea that a medical condition I had no control over could have been my own fault was actually heartbreaking - I even tried to never be angry or impatient or rude because maybe then I'd be 'cured' too.

The front cover of Aurora Rising by illustrator Charlie Bowater

But now, we've come a long way. Disability isn't a punishment any more - it's just a part of some of my favourite characters. YA is so much more inclusive - I've never been more hopeful that before long, any child or teenager can open up a book and see themselves inside it - something that a few years ago I never would have thought possible.

There are great books like the Grey Land duology by Peadar O'Guillin, which features the most badass girl ever, Nessa, who just so happens to have had polio as a child, and as such her legs are weak and she uses crutches to get around.

She will have to survive the Call, three minutes when the Sidhe pull her into their world and hunt her down, just as they do all Irish children... No-one in the book believes she will make it, but Nessa never ever doubts herself. Not even once.

She doesn't see her disability as something that makes her less able - she just finds her own way and I love her so much for that.

She's honestly one of my favourite characters and this whole series is so underrated - not only is it brilliantly inclusive, but it's also just bloody brilliant too and I could not recommend it enough.

There are more examples of all sorts of disabilities and diversities now, too. Fin from Jay Kristoff and Amie Kaufman's Aurora Rising is a new-found favourite of mine - a genius alien tech wizard who has chronic pain and needs to use a robotic suit to walk.

Elsewhere, it's very strongly implied that Ty Blackburn from Cassandra Clare's The Dark Artifices series is autistic, something Clare has confirmed - and he's an incredible character, in a huge, huge book series by an insanely popular author.

And Rick Riordan has always been amazing at inclusivity, but in his Magnus Chase Chronicles, he has a deaf main character - and literally all of his main characters are dyslexic and have ADHD. There's even a griffin-riding badass in Taran Matharu's The Summoner series! 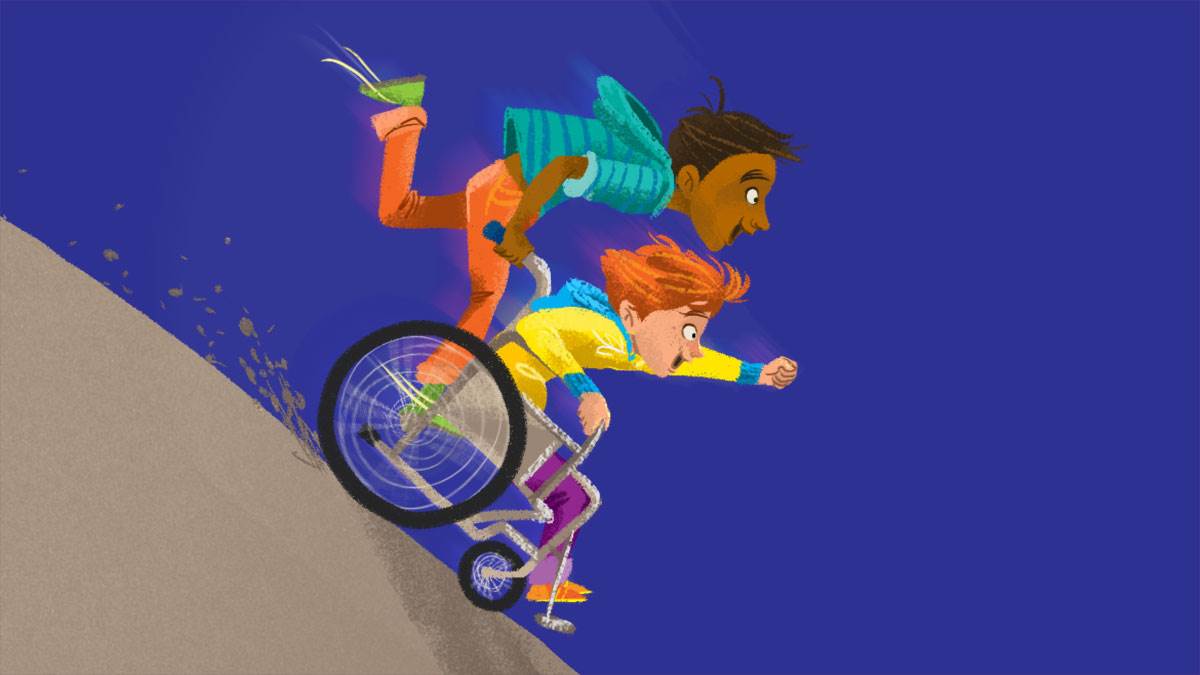 What makes the progress even better is that now people who don't have disabilities or anything else are writing inclusive books and doing it with real authenticity. They take the time to research and there are so many people out there willing to help, so that our bookshelves are just a little more diverse.

Organisations like Inclusive Minds are so brilliant for this - if you'll excuse the shameless self-advertisement here. Inclusion Ambassadors such as myself are always available to look at specific passages or help with research - the network includes pretty much every type of diversity you can think of and we're always happy to help!

So, in summary, YA has come a long, long way from the able-bodied cornucopia it was when I was 18. I'm so so proud to be helping in whatever small way I can through Inclusive Minds and I just can't wait to see YA become as inclusive and diverse as the world I see around me.