Reluctant readers: how one writer learnt to love books

Diary of a Neurotic Zombie author Jeff Norton was a reluctant reader when he was a child. He learnt to love books simply by practising – and by finding three key elements that helped him become an avid (sort of) reader. 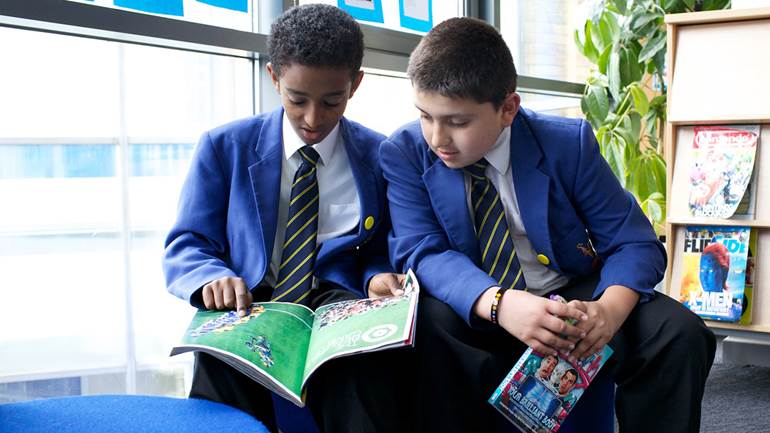 'I hate reading. It's hard, often boring, and very lonely.'

We didn't have the term 'reluctant reader' when I was eleven. I was never tested for dyslexia – they didn't do that sort of thing in Canada in the 1970s – but my wife is convinced I'm dyslexic as I'm a plodding reader who has to really focus to enjoy a book.

But I can and do enjoy a book now. It just took a long time to get here.

See which conditions can affect reading

It's a vicious circle when you're not a strong reader. Children are conditioned to pursue things they can win at – and I felt I couldn't win at reading. I didn't read much, and thus I didn't improve.

My father tried to intervene by paying me by the page, but the books he gave me were from his youth and uninteresting to me. Frankly, the writing on the Transformers cartoon (written by some of Marvel's greatest talents) was better than anything I saw in book form.

But there were three things that helped my transformation from reluctant to (somewhat) avid reader...

The three things that changed everything

The first was series fiction. A good series is the on-ramp to character-driven fiction, because it establishes good habits. Children are taught that to do better in sport and music they have to practise, but nobody ever told me that reading takes practice. And part of practice is failure.

The series that I discovered – thanks to the book fairs that came to my school – was called Choose Your Own Adventure. They were interactive "game books" that had multiple endings. Most of these ended with, 'and then, you died'. As a kid with a strong survival instinct, I read the different story paths in an effort not to meet my maker. Before I knew it, I'd burned through the whole book.

That was a pretty awesome feeling for a boy who didn't like reading. Finally, I felt like I could win. While these books were probably below my prescribed reading level, I devoured about 70 of them!

With practice, my confidence grew. For me, it was series fiction, but for other reluctant readers the transformation comes from graphic fiction and non-fiction. The reading material matters less than the formation of the reading habits.

My next turning point came when I discovered that a book could actually make milk come out of your nose! My teacher introduced me to the Jeff Kinney of the 1980s: Gordon Korman. I laughed so hard as I read.

If we can hook kids on reading through laughter, we can hook 'em for life. Celebrating humorous books is so important because adults tend to value "literary works" with a snobby aversion to the funny stuff.

My final interest was fear. Thanks to my librarian, I stayed up way past my bedtime...

After The Bomb by Gloria D Miklowitz was terrifying: a Soviet nuclear explosion over Los Angeles! I'd stay up late, tucked under my covers, reading to find out what was going to happen next - always wondering what I would do.

Projecting one's self into the role of the hero is part of the process of developing empathy. Readers are forced to live a life that's not their own. This is fiction's greatest gift to humanity; an underpinning of civilized society.

Of course, my dad would burst into my bedroom and scold me for being up too late ('blah blah blah...test in the morning!'). I learned that a good book gets you in trouble – but it's worth it.

Now, as an author, that's my job. I try to write books that are funny enough or thrilling enough to risk the parental wrath of staying up late, flashlight in hand, reading 'just one more chapter.' I'm trying to get kids in trouble.

And if we all do that together, then we'll raise the next generation of readers and an empathetic society. And that's an adventure worth choosing.

Jeff Norton is the author of the funny middle-grade Memoirs Of A Neurotic Zombie children's book series from Faber. He's also a television producer and father of two boys, whom he reads to every night. He's online at www.jeffnorton.com and tweets as @thejeffnorton.