When I started Drone Racer I never suspected that it would be one of the most personal books I have written. How could it be? I had never raced a drone before laying the words down; never been chased around the world by baddies and never, ever… oops, spoiler alert! I can’t tell you that bit. What I discovered was that the subject of the book is not really the story at all… 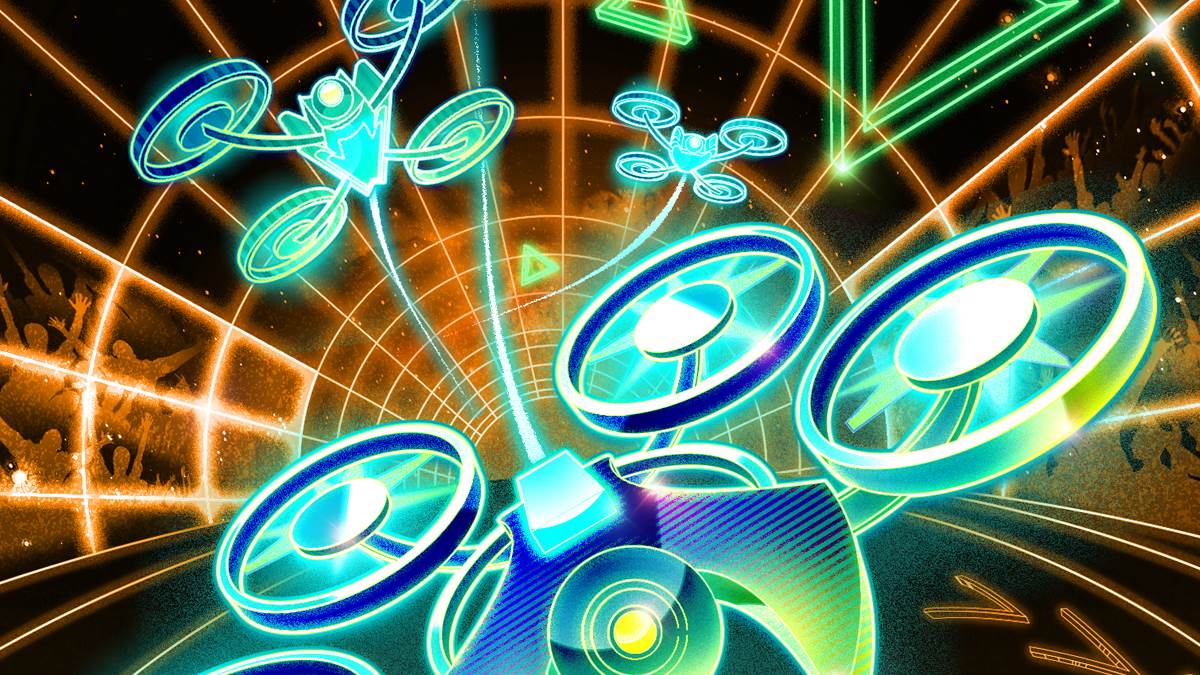 Writers are always poking their noses in all manner of strange places for a good story.

When I discovered that one of the fastest growing sports in the world involves flying through obstacle courses at high-speed, wearing a helmet that allows you to see from the drone as if actually sitting in it – I was hooked! This was Star Wars come true! I could speed over the Death Star or Pod Race without the danger. Brilliant. But that is not what makes a story; that is just a dynamic canvas on which characters are set free.

I discovered Drone Racer is really a tale of friendship, adventure and following your dreams.

Carson, Tracy and Eddie are friends who form their own drone racing team during the school holidays. Eddie is the organiser, the unlikely manager who holds them all together. Tracy, who prefers to be called Trix, is the engineer amongst them, the STEM genius able to make a drone go faster than ever. And Carson, he just enjoys flying and hanging with his friends. Living with his father, who he seldom sees, and with no mother or siblings, this little sport is all he has to escape the real world.

Everything changes when he comes across a drone unlike any other. For a start, she can think and talk. She calls herself Vanta and is hugely intelligent. I wanted to explore if it were possible to build a friendship with a machine. Not a robot, not something vaguely in human form – but just a voice and personality. After all, does it matter what Vanta looks like?

When writers unspool their words across a page, the characters tend to develop a life of their own, demanding to do the most surprising things. I used that as a springboard for Carson and Vanta, allowing their friendship to blossom in unplanned ways, two lost souls bonding almost as sister and brother as they set out to improve one another's lives.

For me that's the fun part of creating stories – the way they grow in unexpected ways through which writers (usually to their own horror) discover their own personalities have entwined with them.

I love travelling and have a definite thirst for adventure. Exploring the jungles of the world, swimming with whale sharks, flying past Everest, rappelling into underground cenotes – they all contained elements I can use in a story. While they were completely different experience, the thrill and sense of wonder I experienced was the same; it kept me wanting more. It's this sense of wonder that is a thread in all my work. In my very first Hero.com and Villain.net books my characters travelled the world on high-adventure, Tarzan let me explore Africa and The Inventory took me to places I had always wanted to visit. Drone Racer took me on a more personal inward adventure.

As he developed, Carson turned out to be a version of my younger self, growing up in Liverpool and desperate for adventure to come knocking at my door.

And it did, not with talking drones, superpowers or magic schools, but through portals such as books and films. I escaped by reading extraordinary stories such as Stig of the Dump, Captain Cobwebb or Sir Arthur Conan Doyle's The Lost World, and watching films like E.T., My Science Project, Explorers and The Goonies. Books have the power to do that... but as I discovered writing, now that has the ability to take you on even greater adventures. So, go and read all those books and then, I dare you, pick up a pen and see where it leads you...