Marta Altes, author of Little Monkey: 'Picture books are magic because the real story is made up in your mind'

Marta Altés is the author-illustrator behind Little Monkey: the picture book that we're giving out free to 700,000 children in England this autumn. She talks about how that feels, as well as the message of Little Monkey and how she identifies with her character! 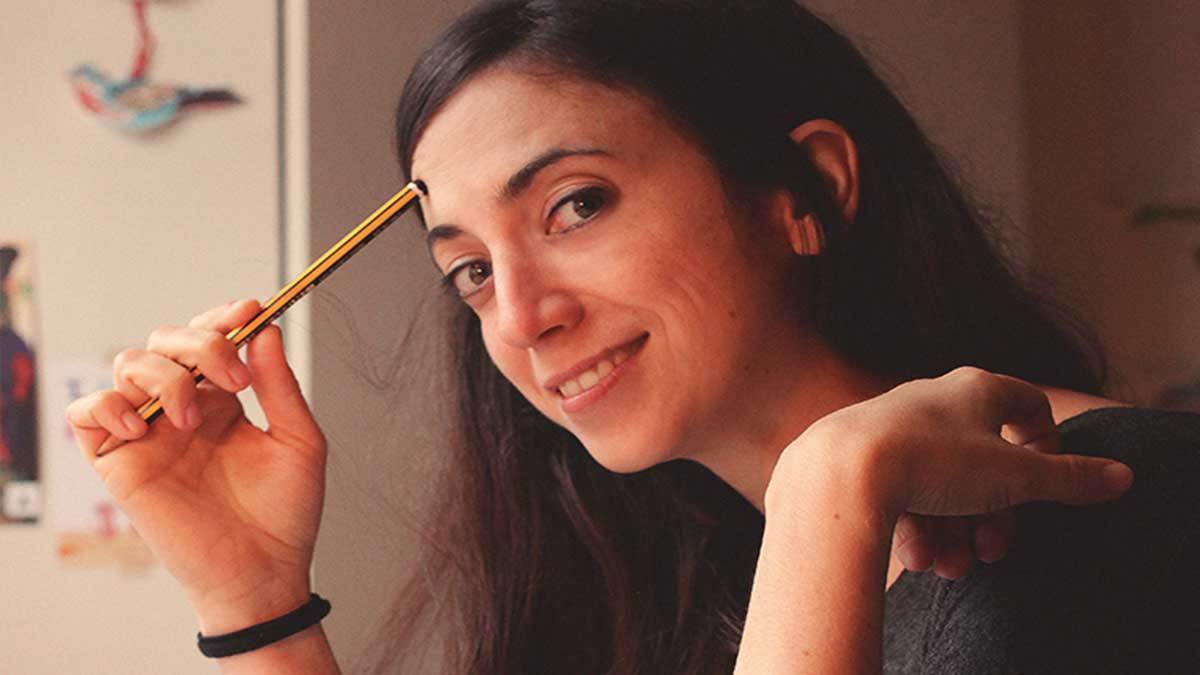 Want to watch this interview? Scroll down to see the video

What was the inspiration behind Little Monkey?

With all of my books, I take inspiration from things that have happened to me and this one is no different. I was  always the smallest one in my class and even now I’m the smallest one amongst my group of friends! So I always found it very annoying when my parents or teachers or classmates would tell me that I couldn’t do stuff because I was too little. I found it really frustrating and I’m a really stubborn person and very determined, so being told I couldn’t do something was not good...

Little Monkey is always finding it difficult to reach and see stuff, and I have the same problems as her – when I go to see live music, I can’t see much so I have to just go to listen to live music! So Little Monkey is based on me!

I’m so sure that everybody has felt little at some point in their life – everybody! So it’s something we can all relate to.

How do you go about writing your books?

It depends on the book, whether the words come first or the images come first, but usually they kind of come together! I find writing really difficult if I’m not writing with images at the same time.

In the case of Little Monkey, the story came from two things. On one hand, I was drawing lots of monkeys in my sketchbook. I was really enjoying drawing their long arms and tails and I found them really funny and fun to draw. I was drawing a group of monkeys, and this one monkey began to shrink and suddenly this little monkey became me. She was a very determined character, she wanted to do what the rest of the troop was doing but she wasn’t allowed. But there was no story yet.

I started thinking about the positives of being little, because being little isn’t just about the negative things, there’s lots of good things too.

On the bottom of one page of my sketchbook, there was a sentence about this, and when I presented my sketchbooks to my editors, the sentence sparked the whole idea for the rest of the book. The sentence was, 'the littlest you are, the bigger the hugs feel', and that’s the sentence that ends the book. So then I had to work backwards from the ending to show how this little monkey overcomes challenges to find something really good.

You live in England, but originally you’re from Spain. Do you write your books in Spanish first?

Funnily enough, I did not. I wrote this book in English. Writing in a language that isn’t my first language means my writing is much more direct. If I wrote in Spanish, the books would be so long, because I can explain much more in Spanish than in English!

Are illustrations as important as words in children’s books?

Big, fat yes! In picture books, both illustration and text work together. In almost every picture book, there are three stories that are told at the same time. One is the text, the next one is the images, and the third is the one we make up in our head as we bring the words and images together. Without one, the other wouldn’t exist.

I find picture books so fascinating because of this; it’s a kind of magic because the real story is made up in your mind.

In my book, Little Monkey, there’s a lot that happens in the images that the text doesn’t mention at all. So there are all these little characters you see like the chameleon and the ants that teach little monkey how to do things and find her own way. And there’s the tiger who poses a danger to little monkey and makes her journey more challenging, but you wouldn’t know of the tiger or other characters if you weren’t seeing the images.

How did you feel when you found out that Little Monkey would be given to over 700,000 children in England as part of Time to Read?

I could not believe it. When I found out, I was waiting for a bus, and my editor rang me. It wasn’t that noisy where I was standing, but I kept telling her to repeat what she was saying because I thought I wasn’t understanding her properly. 'How many books? To how many children?!'

I think the Time to Read campaign is an amazing thing, and I’m so happy that all these children will receive a book for free to read at home, with lots of activities to do alongside the story. It’s something super special to be part of.

I just think about the fact that I came to this country nine years ago – I couldn’t speak English and now my books will be going to so many kids here. I’m just so happy!

Find out more about our Time to Read programme

Watch our video with Marta Altes