What to Read After... Horrid Henry

With so many brilliantly funny Horrid Henry stories out there, it's easy for children to get hooked. Now we have ideas about What to Read After Horrid Henry - and we want your thoughts too!

The first Horrid Henry book was published in 1994, and the series has been a dominating force in children's books ever since. Did you know that Horrid Henry books are the fifth most borrowed books in UK public libraries, adult titles included?

It's not a huge surprise - there's so much to make Horrid Henry appealing, and these are often the first books children actually enjoy reading to themselves. What makes them so great?

Well, for a start they're easy to read, with not too many words on the page, short stories - and wonderful Tony Ross drawings. Horrid Henry is also the ultimate anti-hero and as a child it's fun to be able to compare yourself to him quite favourably. Henry's actually not as bad as he first seems - his problems are mainly to do with Perfect Peter being on an unfair pedestal (the injustice of it all!)

Most importantly, though, the books are very funny - and rude, too. Kids just get it. So what to read after you've gone through the 24 books in the series? 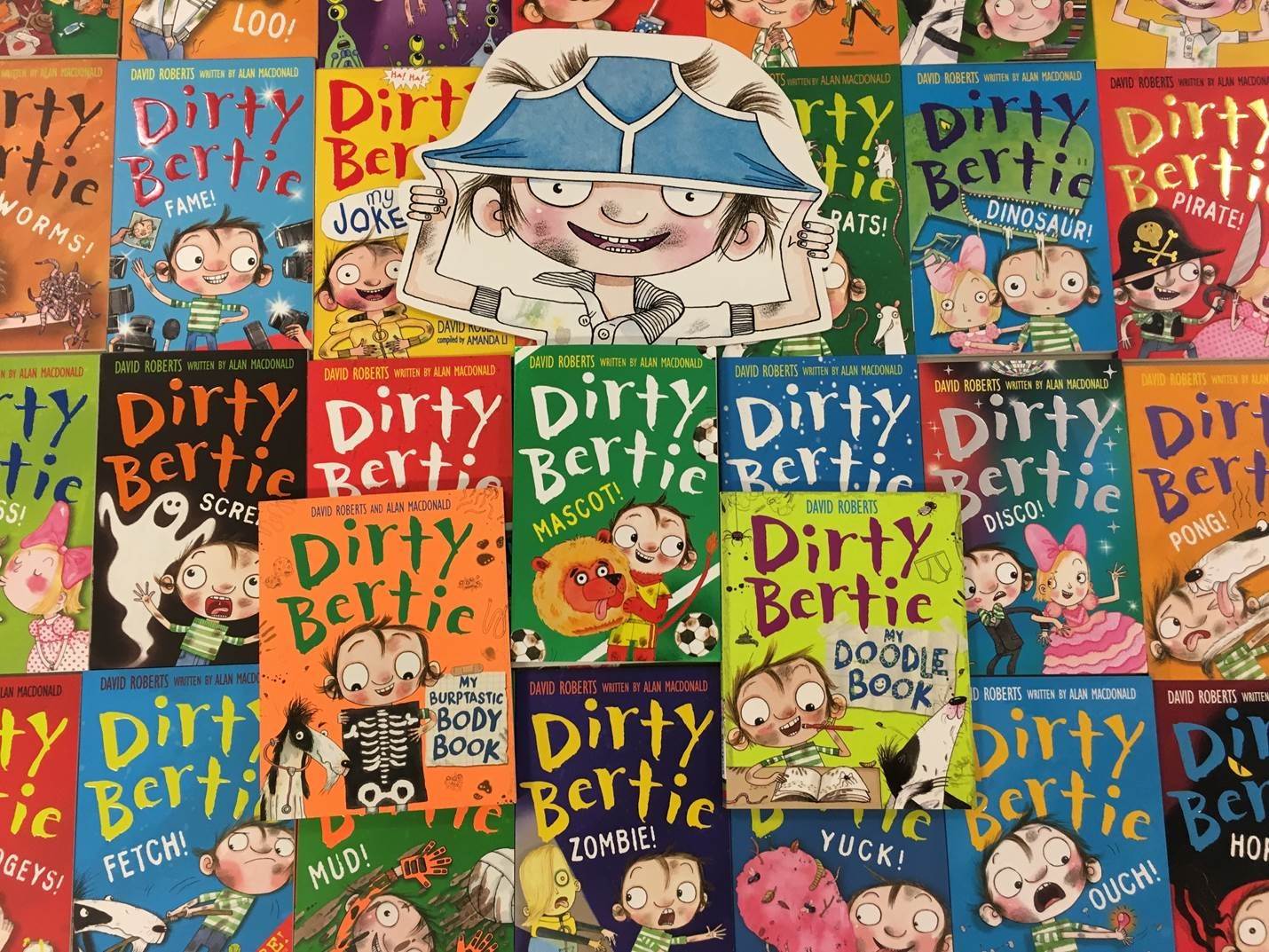 Horrid Henry fans may love the Dirty Bertie books, starring the boy with nose-pickingly disgusting habits who first came to life in David Roberts' picture book. There are now over 30 titles for young readers, each with three very funny - if somewhat gross - easy-to-read stories written by Alan MacDonald and illustrated by David.

Don't miss Michael Rosen's Burping Bertha, which is illustrated by Tony Ross and just perfectly funny. Bertha sounds like she might know Horrid Henry (as does Dirty Bertie). Pippi Longstocking by Astrid Lindgren is another impish child who could go down well.

Of course there are family comedies: Jeff Kinney's Diary of a Wimpy Kid is often a hit - and don't forget to check out our What to Read After... Wimpy Kid feature. Liz Pichon's Tom Gates is a suggestion that goes without saying, but don't miss the most fabulous Treehouse books by Andy Griffiths and Terry Denton, including The 13-Storey Treehouse and The 78-Storey Treehouse - hardly anything is laugh out loud funnier. Tom Gates and the Treehouse books were also popular suggestions from you all on social media, so it's definitely worth giving them a go.

Try another 'bad boy' - Just William by Richmal Crompton. After all, if that goes down well, there are 39 books in the series!

Emil and the Detectives by Erich Kastner is a total classic and thrilling read, or what about the irreverant Tapper Twins books by Geoff Rodkey. Gene Kemp's The Turbulent Term of Tyke Tiler is also excellent (look out for the twist!)

Of course, older Horrid Henry fans must not miss Francesca Simon's books for older readers. She's written three in her Mortal Gods series: The Sleeping Army and The Lost Gods, a brilliant collision of Norse myth and contemporary celebrity culture for 8-12s. Plus, set in the same world but aimed at slightly older readers is The Monstrous Child.

For those that want recommendations from Francesca Simon herself

Who better to recommend what to read after Horrid Henry than its own author Francesca Simon?

'I know how hooked kids get on the Horrid Henry books and I love their enthusiasm!' she says. 'But even Horrid Henry fans need to OCCASIONALLY read something else, and I know they would also adore Steven Butler's The Nothing To See Here Hotel, about a secret holiday resort for magical creatures.

'Henry fans will love the riotous humour, fantastic characters, and spiralling madness as the hotel copes with the arrival of the guest from hell, a goblin prince with a dark secret.

'I'd also recommend Morris Gleitzman's Two Weeks with the Queen, about a young boy whose brother is seriously ill and writes to the Queen asking for her help. Poignant, funny, and profound.'

'This is an outrageously funny series featuring the most quirky, eccentric characters that are bound to delight children who love gloriously silly details and horrible baddies,' she said. 'Hilariously illustrated, they really are marvellous, madcap adventures.'

Once again, you came up with some fantastic ideas on social media about What to Read After Horrid Henry. Here are some of the recommendations we received...

Our review of book one

Stories about naughty characters have been told for centuries, and Horrid Henry is a modern-day rogue in the tradition of Dennis the Menace and Just William.

Whether your children are hooked on Harry Potter or Rainbow Magic, we have heaps of book ideas, tips and recommendations about which titles to try next.