Father's Day is fast approaching - it's this Sunday for those of you who haven't been paying attention!

Fear not, though, because the brilliant author-illustrator Rob Biddulph - whose new book Dinosaur Juniors: Happy Hatchday is out now - has picked out five of his favourite fictional fathers.

So check out the list, wrap up one of Rob's picks, and you're bound to please your Dad come Sunday...

Us dads are complex creatures and this book does a great job of showing another side to fatherhood!

At the beginning of the story we are led to believe that Hannah's dad's priority is his work, and that he doesn't really have any time for his daughter. But throughout the course of her moonlit adventure with a mysterious gorilla we slowly realise, via a succession of subtle clues, that maybe this exciting, fun-loving ape and her boring, work-obsessed dad are one and the same.

I love this book because, despite fantastical elements, it's firmly rooted in reality. Hannah's dad might not be perfect all of the time, but he's definitely trying his best. And that's all anybody can ask.

Read our review of Gorilla

My daughters and I are huge Katherine Rundell fans, and Rooftoppers is our favourite of her books.

In large part that is down to the beautifully drawn relationship between Sophie, who as a baby was found floating in a cello case in the middle of the English Channel, and her rescuer (and subsequent father figure) Charles Maxim. His parenting methods might be fairly unorthodox - chips and a drop of whiskey for tea, anyone? - but there is no doubting the love he has for his ward.

In truth, their relationship only serves as a backdrop to the main storyline, but it is the bedrock to which the book's emotional heart is anchored.

Read our review of Rooftoppers

3. The Tiger Who Came to Tea by Judith Kerr 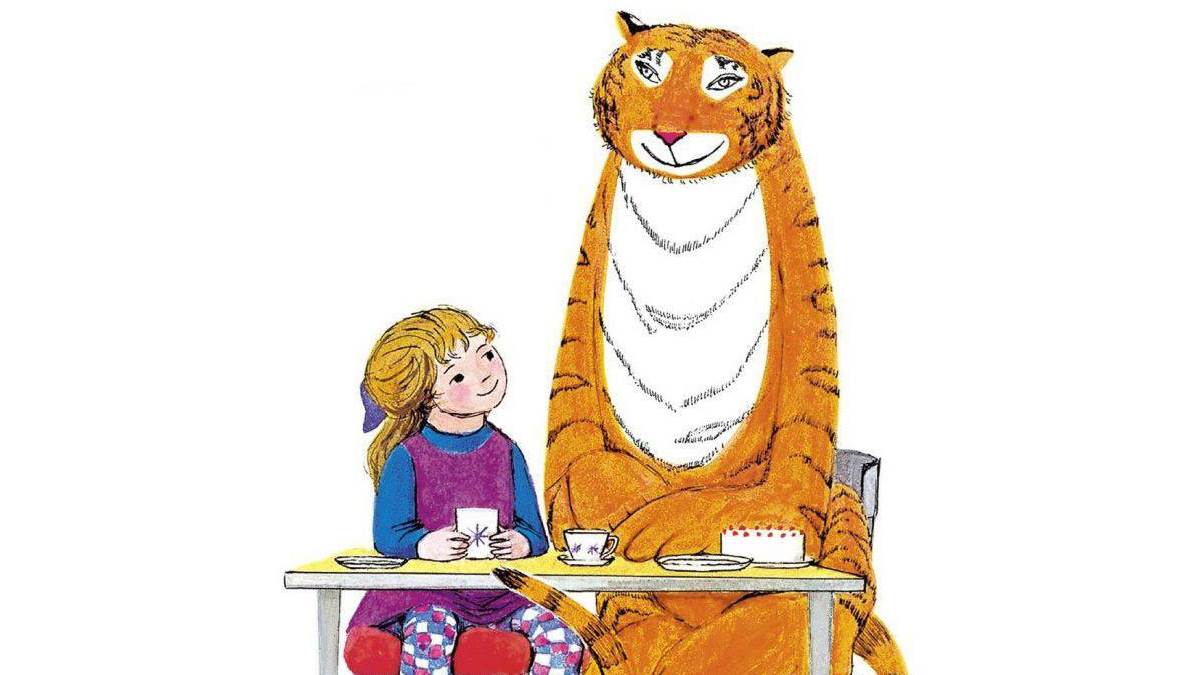 The dad in The Tiger Who Came To Tea, by the great Judith Kerr, only appears in person right at the end of the story. Nevertheless, he has stayed with me since I first read the book as a four year-old.

Maybe this is because I was brought up in a household where Dad worked in town all day while Mum was at home looking after us. As such, Dad's car pulling up outside the house each evening was something I really looked forward to.

So to me the magical moment in the book when Sophie's dad arrives at the front door, is told of the naughty tiger's antics and promptly suggests that the family go to a cafe (a CAFÉ! So glamorous!) for tea is particularly luminous.

Read our review of The Tiger Who Came to Tea

4. The Railway Children by E Nesbit

Another favourite literary dad who is absent for the majority of the book is Charles Waterbury in The Railway Children. At the outset, he is (wrongly) sent to prison and subsequently serves as the MacGuffin for the rest of the story as his family learn to cope without him.

Author Elizabeth Nesbit lost her own father at a very young age and, it seems, spent her entire literary career trying to get him back in her books. Maybe this is why the characters' longing for Charles's return is so apparent on every single page. It is heartbreaking, and its power doesn't seem to wane.

Just this Easter, in fact, we went to see a fabulous production at the open-air Minack Theatre in Cornwall, and despite knowing the story back to front I still managed to embarrass my children by sobbing loudly at the 'Oh, daddy! My daddy!' line.

Read our review of The Railway Children

5. To Kill a Mockingbird by Harper Lee

I know, I know. It's not strictly speaking a children's book. But I did read it with my eldest daughter when she was 14, so I reckon it counts!

My favourite book of all time, this story of a widowed lawyer raising his kids in 1930s Alabama has had a huge influence on the way I try to parent my children and live my life. Be kind. Put yourself in other people's shoes. Don't judge. Do the right thing. All lessons Atticus Finch demonstrates to his children Jem and Scout through his actions.

The perfect role model. We could all do with being a bit more Atticus.

Has Rob included your favourite fictional father? Let us know in the comments below or by tweeting us @BookTrust!

Inspired by Rob's piece and now looking for more popular papas in picture books? We've put together a great list, perfect for sharing together on Father's Day.

Father's Day is a great excuse to snuggle up and enjoy storytime. But if you're not that comfortable with reading aloud or sharing books, don't worry - we have tips and advice to help!