Chris Priestley - A Big Box of Random Stuff in my Mind

Probably one of the most common questions we get asked as writers is 'Where do you get your ideas from?' Because that's how books start, right? From 'ideas'? 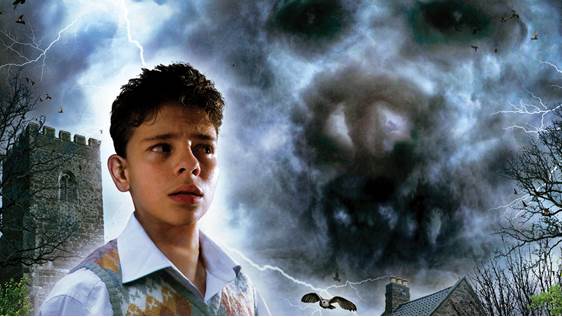 I have a big wooden box in the studio I rent. It's full of random things I've picked up over the years - shards of blue and white china dug up in our old garden in Norfolk, pieces of driftwood from various beaches, bones, old iron nails, feathers, sea glass.

To be honest I rarely even look at these objects, but when I do, I'm taken straight back to where I found them - to the place, to the day, to the hour, to the weather, to the sounds, to the company. I can pick up a piece of china and see the five year old face of my twenty-year old son.

My mind is a little bit like that box. It's full of random stuff I have collected over the years - not really knowing why. They are just things - stories, events, places, things I've seen, things I've read - that seem to shine more brightly in some way and so I gather them up and keep them. My magpie mind hoards these sparkling things

What we call 'ideas' are often just about connecting these things. That's what writers do. They con-nect things and make them into a story.

So when I started thinking about the story that would become The Wickford Doom, I started rum-maging around in that box of random stuff in my mind. I knew I wanted the setting to be WWII, but not a lot else.

Then I remembered something I'd noticed many years before in an Italian church. I was looking at centuries old frescos and noticing that where a demon was shown, and where it was within reach, the demon was scratched and gouged.

It was as though the people who had come to that church over the centuries felt they could get their own back for the bad things that had happened in their lives or ward these things off by attacking the painted demon.

I'd seen religious objects that people would queue up to touch - to bless them or cure them or give them good luck. So what if people thought that touching the demon would give them power to curse those they hated?

And then what if all that hatred and spite that poured into the painting for years and years had given the demon life?

Then I thought about going to the Suffolk coast and to Dunwich - a town that used to be huge in Medieval times but is now pretty much all under the sea. Maybe it could be part of a Doom painting, like the one at nearby Wenhaston. Maybe a vicar could try to curb the demon's powers. Wasn't iron supposed to be a defence against evil..?

And then I thought of those iron nails in that box of random stuff in my studio.