2016 saw some amazing middle grade books published, but which ones really stood out? Some of the nation's favourite authors pick their Best Middle Grade Books of 2016. 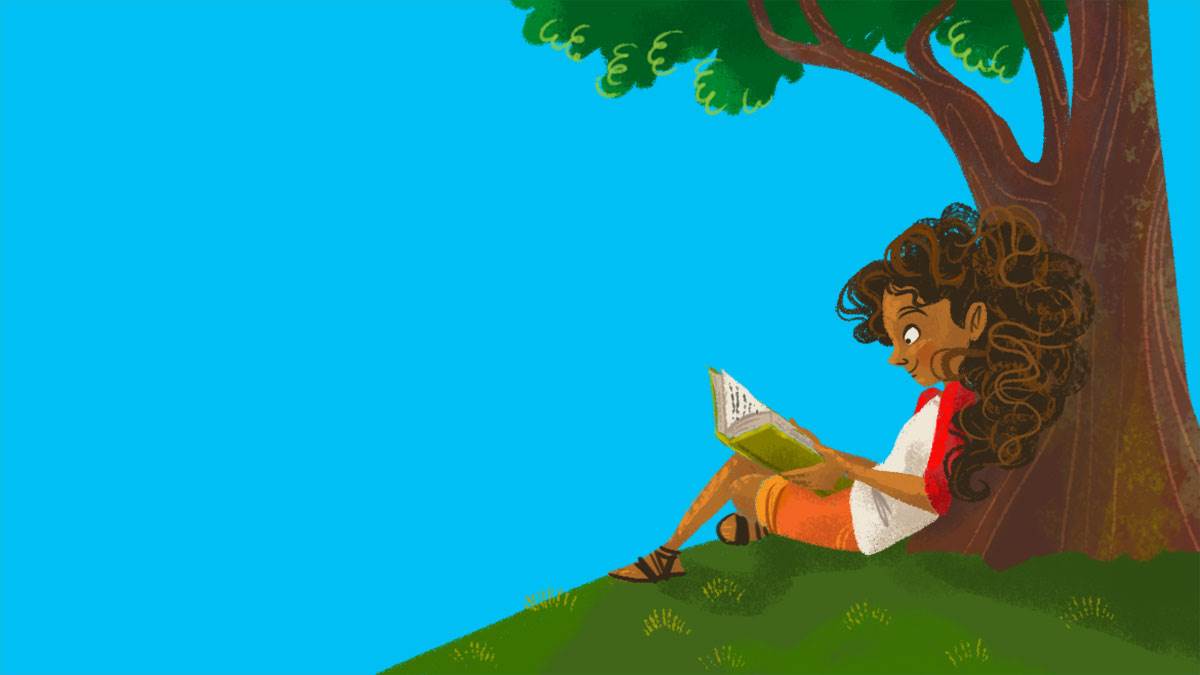 Jacqueline Wilson, former Children's Laureate and author of over 100 books including Tracy Beaker and Hetty Feather

The Cat and the King by Nick Sharratt

My children's book of the year is The Cat and the King by Nick Sharratt. Even if Nick wasn't my dear friend I'd still be certain this was an absolutely fantastic book for all children between five and nine. It's stylish, witty, ultra imaginative - and of course, beautifully illustrated.

Geis: A Matter of Life and Death by Alexis Deacon

This is definitely my book of the year and a masterly graphic novel. Alexis Deacon draws with a grace and fluency that instantly pulls the viewer in. It is the first part of a trilogy charting the troubled succession struggles that follow the death of the great chief matriarch. I can't recommend it highly enough.

Anne Fine, former Children's Laureate and author of Flour Babies and The Road of Bones

Geraldine McCaughrean is not just our finest and most original author, but a matchless re-teller of old tales. Don't miss her superbly simplified version of Moby Dick in the OUP Tree Tops Greatest Stories series.

Francesca Simon, author of Horrid Henry and the Costa 2017 shortlisted The Monstrous Child

Oddbods by Steven Butler and Jarvis

Oddbods by Steven Butler and Jarvis, for its ravishing colours and jaunty, joyous rhymes celebrating the non conformist, the wild, and the weird.

Lauren Child, author and illustrator of Charlie and Lola and the Ruby Redfort series

My book of the year is Raymie Nightingale by Kate DiCamillo. A touching story about loss and friendship, it's both funny and heartbreaking, and ultimately uplifting. Beautifully written, a book which stays with you long after it's finished.

I'd never heard of either the writer Simon Cherry or the illustrator Francis Blake. I hated the cover (and Usborne, where's Francis's name, among all those celeb quotes?!) But what's inside made me laugh out loud, more than a few times. Simon's an absolute master at setting up jokes (which is harder than making people cry), and Francis's whimsical illustrations keep the story burbling along on a fantastically silly pirate adventure.

Katherine Rundell, author of Rooftoppers and The Wolf Wilder

Perijee and Me by Ross Montgomery

This was definitely my book of 2016. It's a gloriously funny and strange book about an alien called Perijee who won't stop growing. It's an adventure story, but also a love story, of sorts; of love between Catlin and her unpredictable, misunderstood, beautiful alien friend.

Things You Find in a Poet's Beard by AF Harrold

It's got to be Things You Find in a Poet's Beard by AF Harrold. Funny, happy, sad, daft, moving, ridiculous. Every emotion packed into one marvellous volume.

Piers Torday, author of The Last Wild trilogy and There May Be a Castle

The book that moved and inspired me the most this year was Swan Boy by Nikki Sheehan. Magical realism is difficult to pull off in any genre, but this wonderful, heart felt and beautiful tale of fledgling masculine self-discovery pulls it off by the yard. And it has that essential quality for any good read - utterly unpredictable.

The Wilderness War by Julia Green

Most children will never get to a rainforest or even an oakwood but they can still connect with nature in a jungle of brambles and stringy saplings. Julia's characters fight for their backyard wilderness as adults try to build on it. A book to inspire kids, and remind adults that liminal spaces that they see as untidy and overgrown are landscapes to dream in for nature starved city children.

Rob Biddulph, author and illustrator of Blown Away and Odd Dog Out

This story of a boy and a fox who grew up together, their enforced separation and subsequent quest to find each other again has all the hallmarks of a classic. The characters are beautifully drawn (in every sense - Jon Klassen's illustrations are remarkable) and the story perfectly paced. A paean to the importance of friendship, it called to mind another of my all-time favourites, Charlotte's Web. Whatever your age, this is a must-read.

Philip Womack, author of The King's Revenge and The Liberators

This is definitely my book of 2016. It's a funny account of a girl who finds a remarkable beast on her doorstep. Like all the best children's books, it combines fantastical elements with a bittersweet tenderness and a compelling story.

The Many Worlds of Albie Bright, by Christopher Edge

My favourite children's book of 2016 was out in January, yet it's somehow managed to stay with me all year. The Many Worlds of Albie Bright by Christopher Edge is a book I adore as an adult but would have devoured as a child. A little bit science, a little bit magic, it manages to strike a beautiful balance between being heartbreaking, hilarious and uplifting. I have never wanted to travel the universe in a box with a banana more.

The Safest Lie by Angela Ceritto

I was swept away by its great big throbbing heart and the portrayal of hope and goodness shining so brightly during a bad, bad time. The only middle grade Holocaust book I've read that is perfectly pitched for its audience.

A Library of Lemons by Jo Cotterill

This is one of the most moving books I have ever read. From the first page the reader is totally with Calypso, who lives alone with her eccentric Dad. He is far too busy writing his book The History of the Lemon to look after her properly, but Calypso doesn't question his behaviour because it is all she has ever known. It is only when she makes a new friend and invites her to her home that the reality begins to unravel. Gut-wrenching, but warm and positive at the same time. Jo Cotterill has written a masterpiece.

Amy McKay, who won SLA School Librarian of the Year 2016 so is guesting in this author recommend blog!

This is the fast-paced and heartfelt story of 12-year-old football mad Nick, as he deals with bullies, his parents' separation and the ordeal of impressing the girl of his dreams. The words zip across the page quicker than a ball across a pitch in this novel in verse, ultimately providing a celebration of, and testament to, the power of language.

David Litchfield, author & illustrator of The Bear and the Piano

I have to admit that initially I totally judged it on the cover as I loved the drawing on the front and also on the sides of the book. But once I started reading it I found Darkus's story to be really funny, quite scary and totally engrossing. I also learnt a lot about beetles and other inhabitants of the insect world. Which was a bonus.

Paul Gamble, author of The Ministry of SUITs

This is a truly amazing book, and an exciting adventure. Taking the brilliantly named Brine Seabourne from a life of drudgery, to adventure on the high seas with the inspiring Pirate Captain Cassie O'Pia, each chapter builds on the last creating a word filled with library islands, magical starshells and terrifying penguins. Buy it, read it, enjoy it and wait for the sequel!