The wise, handsome and hilarious (or so he told us) author Philip Ardagh, who's work includes the Norman the Norman and The Grunts series of books, became our eleventh Writer in Residence back in 2014. In this blog Philip told spoke about poetry, using it in schools and why rhymes are just so darn fun. 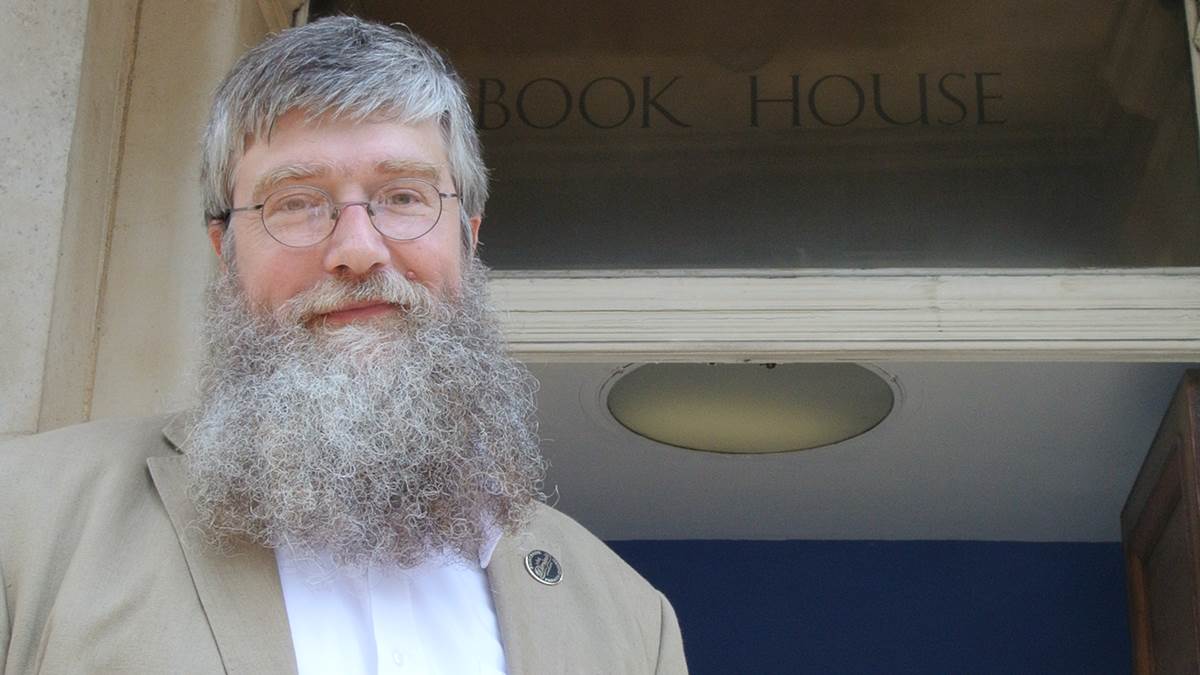 Last Thursday (2 Oct) was National Poetry Day. Schools, libraries, pubs, clubs, theatres and the Internet were awash with poetry. There were intimate gatherings and mass meetings. Poems were seeping under doorways, leaking out of rucksacks, bags and briefcases and were even dropped down chimneys by trained storks. That nice poet (and former Children's Laureate) Michael Rosen popped up on CBBC in the morning AND afternoon to talk poetry. 'Poetry, not poultry' he ad-libbed to a dog I assumed to be Hacker but whom - Michael later indignantly informed me - was Dodge.

Apparently this is a terrible faux pas in BBC and Crufts/dog-loving circles, for which I can only apologise. Michael was even on Blue Peter. He really is the ideal ambassador for children's poetry, possessing the following:

and, just in case Michael is reading this, I should add that he is also an AOONB (Area Of Outstanding Natural Beauty).

The hashtags #NationalPoetryDay and #thinkofapoem accompanied many a tweet from doggerel or heartfelt couplets to names of favourite poems or poets. There were photos of budding young poets, people proudly displaying their THINK OF A POEM transfer tattoos, or their well-thumbed poetry anthologies.

There's much in the press at the moment about the belief by some in government that it's important children be taught to learn some poems by heart. I tried to learn three poems when at school. One began: 'Up the airy mountain, down the rushy glen/We daren't go a hunting for fear of little me'. The second: 'In Xanadu did Khubla Khan/A stately pleasure dome decree.' And the third: 'When cares attack and life seems black/How sweet it is to pot a yak.'

The third ('Good Gnus') was written by PG Wodehouse of Blandings and Jeeves & Wooster fame. My memory of the first is patchy, the second ends at 'unfolding sunny spots of greenery' and I recall quite a bit more of the third ('The safest spot/To put your shot/Is through the spinal column.') I like being able to recite the lines I can remember, if only to myself.

As one who's still unable to recite his times tables, despite strict and repeated efforts to teach me by rote 'the old-fashioned way', with punishments for failing to retain the required knowledge, I know only too well that different people's brains work in different ways. Where leaning a poem may open a whole new world of endless sunshine and create a joyful heart for one child, it could lead to feelings of failure and loathing at the inability to take in the words in by another.

The same with writing poems. As a child, I loved having a go but approach it badly and another child may never want to rhyme 'maroon' with 'baboon' and the medium is dead in the water. (For some reason I'm now picturing a fortune-teller floating face-down in a swollen river, her crystal ball bobbing by.)

I like writing poetry. The adult poems I keep to myself and sob over in private, gnawing at the edges of the pages in the privacy of my locked room. My children's poems - some serious some not - appear in anthologies of poems by a whole host of different poets (some alive, some dead and some somewhere in between). I haven't yet merited an anthology all of my own, for just me, my beard and my ego.

There is poetry of sorts in the third of my GRUNTS books, The Grunts in a Jam, but I really do mean of sorts. Alphonso Tubb MD is doctor to the stars but starry-eyed about a certain Jenny Prendergast to whom he writes truly dreadful poems, one of which includes this couplet:

I really am very, very sorry.

And if National Poetry Day passed you by, have no fear. Poetry is for every day, whether you're in your Sunday best or wearing nothing more than a crazy expression. But enough about Michael Rosen...