The Tapper Twins author shares the key pieces of advice that he promises will improve your writing. 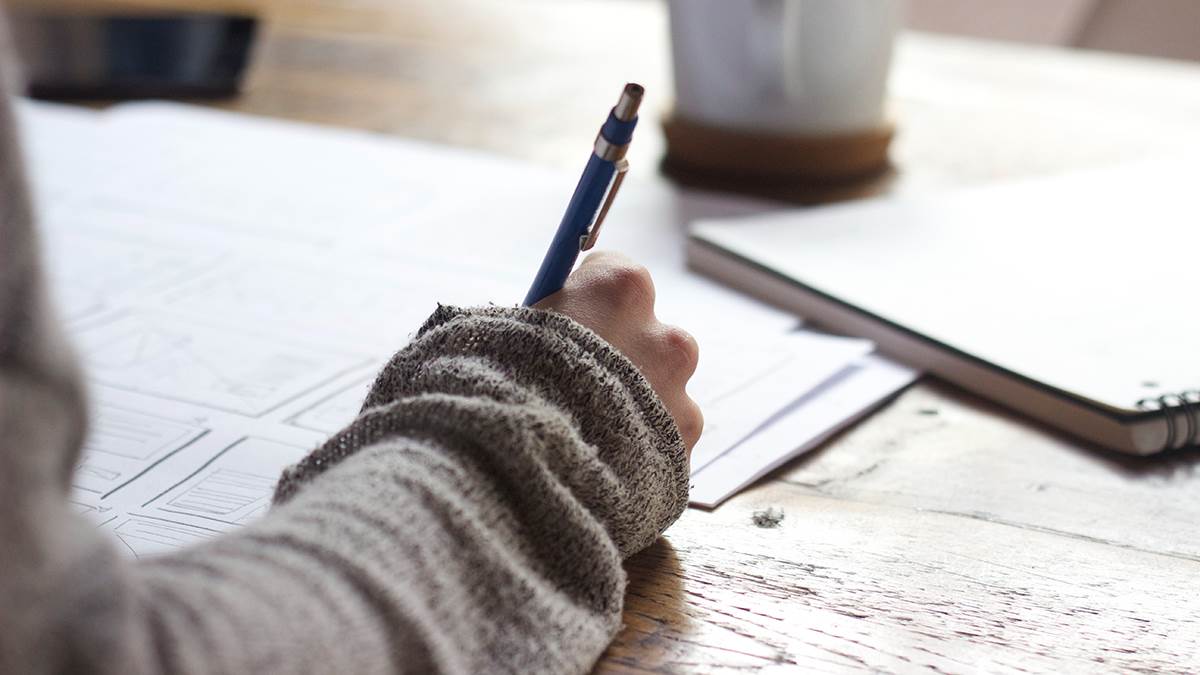 We're all writers now, even if the only things you write are texts and Instagram comments. Or emails to your teacher begging for more time to finish the writing assignment you haven't started yet because you hate writing...

You're a writer. For better or worse, in the internet age, writing is the tool we all use to connect to the rest of the world.

This means that, no matter who you are or what you want to do, your writing matters. In the game of life, being a good writer is like being a 2m-tall basketball player. Even if it's the only thing you've got going for you on the court, it's a huge advantage. And not just at school or at work, but in the rest of your life, too.

I've been lucky enough to make a living writing books (The Tapper Twins, The Chronicles of Egg), movies (Daddy Day Care, RV), TV programmes (Good Luck Charlie, Beavis and Butt-head), and a bunch of other stuff you've never heard of. But I wasn't born a professional writer.

Starting with the first (generally lousy) articles I wrote for my school newspaper when I was 15, I slowly became one by following three simple rules. 30 years later, I still follow them. Not just professionally, but in the everyday writing we all do - texts to my wife, emails to friends, letters to the neighbours regarding their apparently rabid dog, etc...

If you follow these rules too, I guarantee you'll become a better writer.

Before you can create good writing, you need to learn what it looks like. The only way you can do that is by reading what other people have written: good, bad, long, short, funny, and sad; or novels, news articles, comics, tweets, whatever. If you read enough, you'll develop a sense of taste that's unique to you. Some writers you'll hate, but some you'll love. And you'll wish you could write like they do.

Then try it! Imitate your favourite writers. (Note that imitating, in which you borrow a writer's style, is NOT the same as copying, in which you just steal their words outright. Imitating's fine, while copying is a very bad idea, for a bunch of reasons.)

I got my start reading humour pieces by P.J. O'Rourke in Rolling Stone magazine, loving them, and then trying to become the P.J. O'Rourke of my high school newspaper.

I failed spectacularly at this, but that's fine. If you're not failing, you're not learning. And imitating the writers you love is the first step in developing a writing style that's unique to you.

RULE #2: After you write something, READ IT OVER

It's amazing how many stupid mistakes you can make in a first draft, even when it's only a one-sentence email. If you re-read what you've written, you'll find those stupid mistakes before your reader sees them. And with longer pieces of writing (assuming you've followed Rule #1 and read a lot of good writing by other people) you'll be able to tell when something's not quite working and needs to be rewritten. Which brings us to...

RULE #3: After you read it, REWRITE IT

There's no such thing as a perfect first draft. You can ALWAYS make something better. And you should. More than anything, this is what separates good writers from bad ones. I rewrite everything, even text messages. In fact, I'm kind of neurotic about it. I can spend ten minutes rewriting a three-sentence email... about something that's not important... to someone I don't even like.

This might sound crazy. But thanks to my obsessive need to rewrite everything until it's as good as I can make it, I haven't had a real job in 20 years. And I still earn enough money to buy food! So trust me on this...

Get ready for battle

The Tapper Twins Go to War (With Each Other)

This fun illustrated report of the twins' argument will appeal to fans of Dork Diaries and Wimpy Kids. The humour and references are up-to-the-minute current.

A riot in Manhattan

Wacky, fast-paced, silly and quite unique - The Tapper Twins Tear Up New York proves that once again, Geoff Rodkey knows exactly what a 13 year old wants to read about.

Read more about The Tapper Twins Tear up New York

The Tapper Twins Run for President

The third installment in the hugely popular Tapper Twins series, this book doesn't disappoint. Full of quirky illustrations, photos, screenshots and interviews, it gives a hilarious and entertaining account of the Twins' battle to rule the school.

Read more about The Tapper Twins Run for President