Win the ULTIMATE sleepover bundle to share with friends

We've got five copies of Simon James Green's Sleepover Takeover to give away, PLUS a popcorn maker and chocolate fountain! 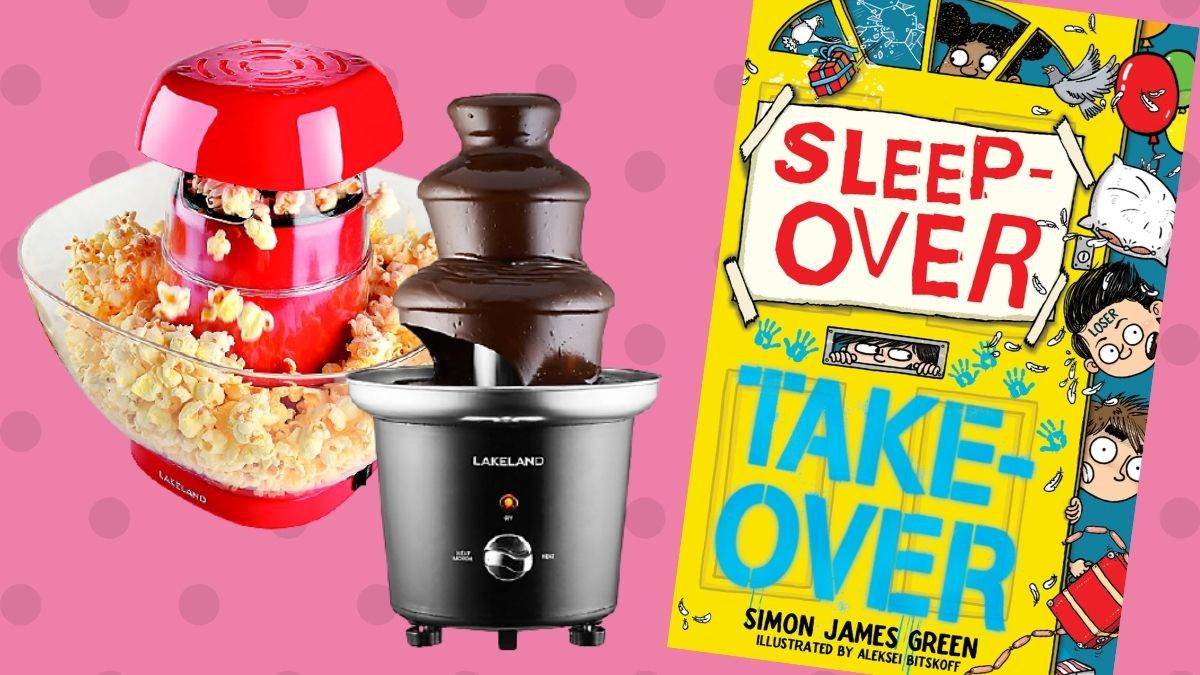 We're incredibly excited about this prize - not only could you win five copies of award-winning author Simon James Green's laugh-out-loud new book, Sleepover Takeover, but we're also giving you the chance to win a popcorn maker AND a chocolate fountain - everything you need for the best sleepover party EVER.

For Otis, this was a sleepover to remember – if only he could! When dorky, unpopular 11-yr-old Otis wakes up in the morning at a sleepover birthday party, he’s in for a shock. At the marquee where the sleepover took place, it’s a scene of carnage and mayhem: there’s a donkey drinking at the chocolate fountain, a huge inflatable helium sausage looms above, doves everywhere, one of the kids has a tattoo, and there’s a suitcase of bratwurst on the floor! But what’s weirdest of all, neither Otis nor the other kids can remember what happened! The party was in the back garden of popular kid Rocco Rococo’s huge house, and Otis was only there because his mum forced an invitation. Otis realizes that makes him Prime Suspect for causing the mess, and he needs to clear his name.

Meanwhile, Rocco just needs to keep his parents from finding out!

So while everyone else makes a befuddled exit, Otis and Rocco reluctantly team up to hide the evidence. They decide to retrace their steps in the hope of solving the mystery…

We LOVED Simon's Blue Peter Award-nominated book, Life of Riley, and we're certain you'll adore this one too.

For the chance to win this serious bundle of goodies, simply answer the question below and leave your details by the closing date of 11pm on Monday 24 January, 2022.