Wacky Bee specialises in publishing brilliant children's fiction, and we've got three sets of their Buzzy Reads - books designed to bridge the gap between picture books and chapter books for early readers - to give away... 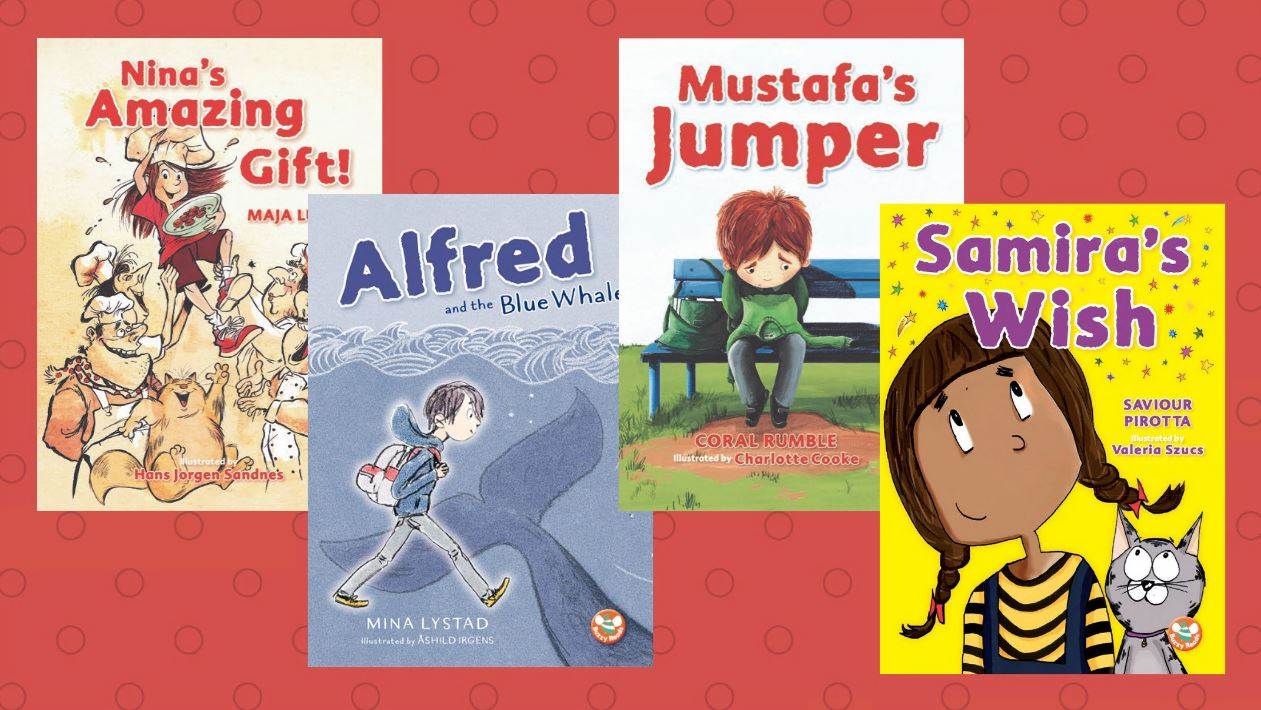 Independent publisher Wacky Bee specialises in Buzzy Reads - books aimed at early readers which bridge the gap between picture books and first chapter books. Each book is 40 pages long, is full of colour illustrations, and has a collection of fascinating facts at the end!

We've got three sets of four brilliant books to give away tp lucky winners, including:

When Nina’s best friend, Choco, moves away, Nina is convinced that life will never be the same again. But then a mysterious envelope arrives in the mail from Choco, filled with five brown beans. Is Choco trying to send Nina a message from the other side of the world and, if so, what will Nina do about it?

Alfred and the Blue Whale

Milo isn’t extra clever, or extra naughty, or extra anything. And he doesn’t get chosen to do things very often. But when a mysterious new boy, who can’t speak any English, joins his class, Milo’s curiosity gets the better of him. As he becomes closer to Mustafa, he discovers that the language of friendship is more important than speaking the same words.

When Samira’s Grandpa and Grandma come to visit all the way from India, Samira decides she will make them a special breakfast of beans on toast. Luckily Mrs April at the corner shop has just one can left. But Samira soon discovers that this is no ordinary can of beans. This is special can of magic beans where a wish comes true with every mouthful…

To be in with a chance of winning a set, simply answer the question below and leave your details by the closing date of 11pm on Wednesday 18 November.